Skip to content
Back to top Back to Exhibitions«
Barbara Chase-Riboud: The 1960s & 1970s 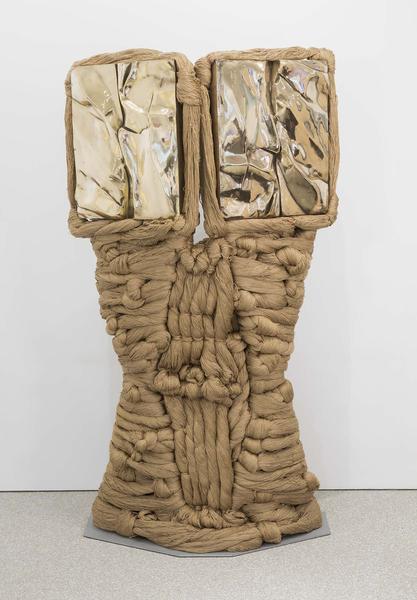 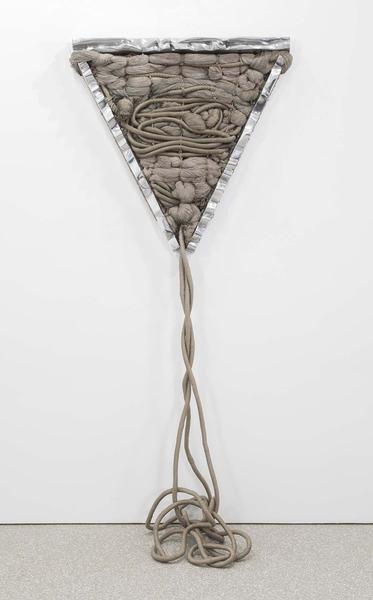 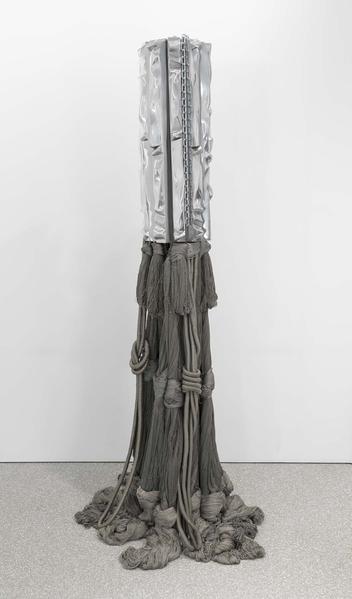 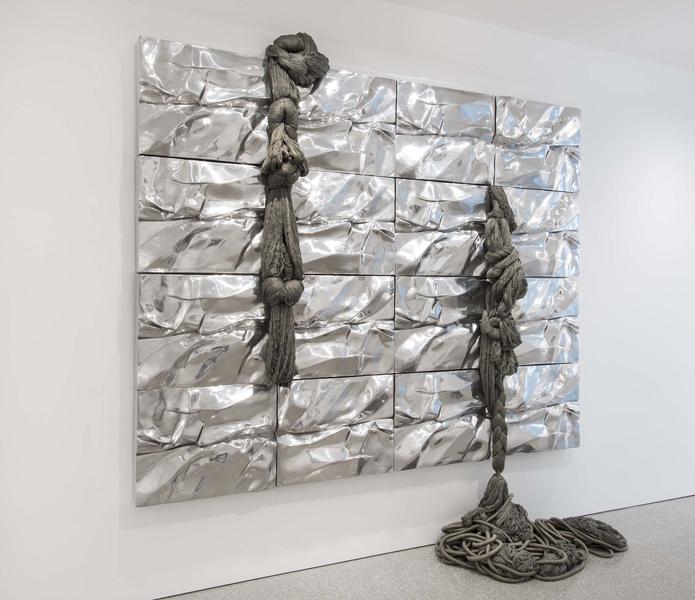 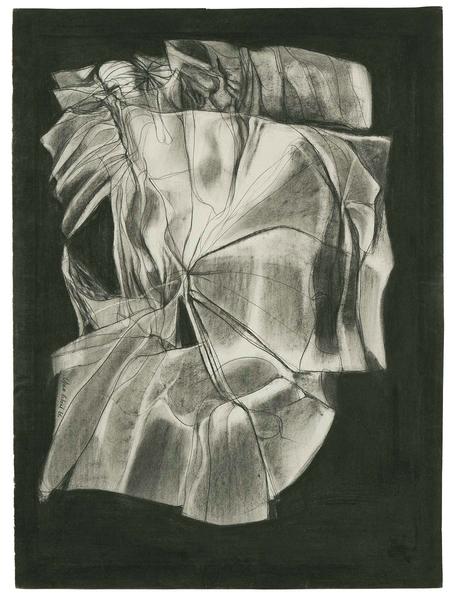 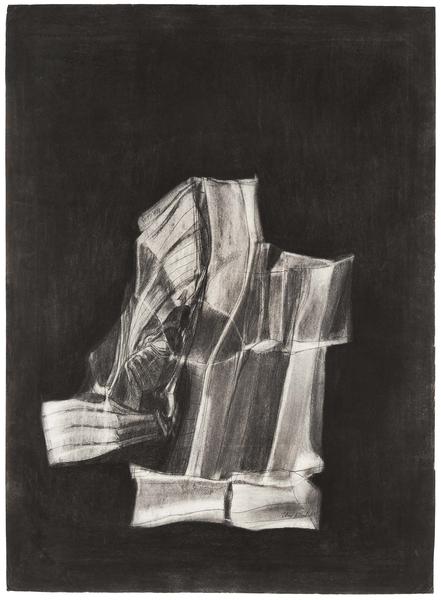 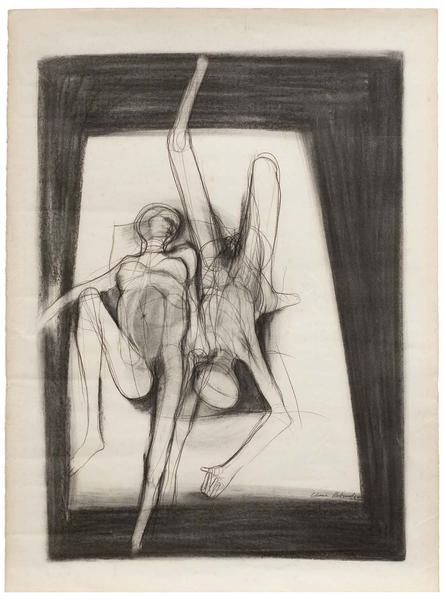 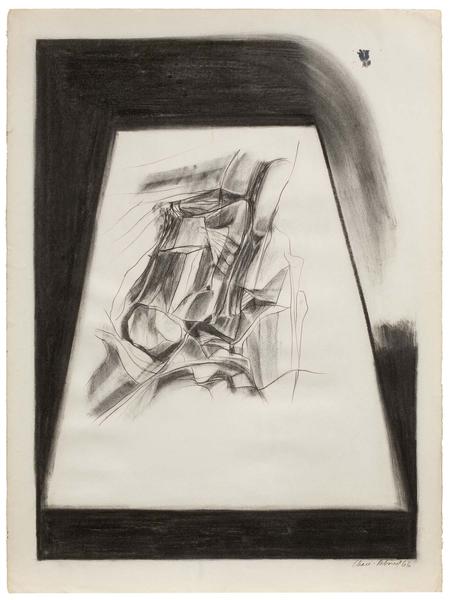 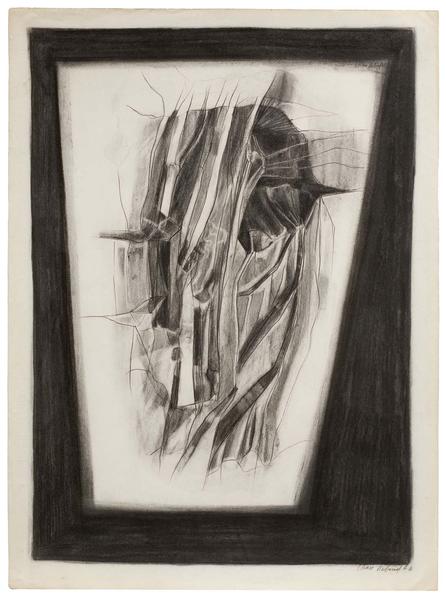 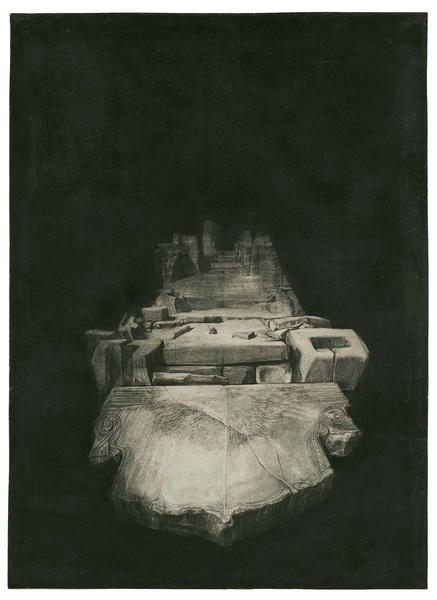 (April 22, 2017 – New York) Michael Rosenfeld Gallery will present a spotlight position for Barbara Chase-Riboud (American, b.1939) at Frieze New York, concentrating on works from the 1960s and 1970s. The exhibition will include a selection of sculpture and drawings; most works to be featured have never been exhibited in the United States.

American-born, European-based author, poet, and sculptor Barbara Chase-Riboud, will be attending Frieze New York on Thursday, May 4 from 2:00-6:00pm; she will be available for interviews.

Following her seminal spotlight at Frieze New York, Michael Rosenfeld Gallery will present in September 2017 Barbara Chase-Riboud – Malcolm X: Complete, her second large-scale solo exhibition at 100 Eleventh Avenue. Scheduled to be on view from September 8 to November 4, 2017, the exhibition will focus on her now complete series Malcolm X Steles which she started in 1969. A color catalogue will accompany the exhibition with new scholarship by Pellom McDaniels III, Ph.D., Curator of African American Collections in the Stuart A. Rose Manuscript, Archives, and Rare Books Library at Emory University in Atlanta, Georgia. The institution is also where Chase-Riboud’s papers and manuscripts are housed.

For over fifty years, Barbara Chase-Riboud has created profound sculpture and drawings that are deeply connected to history, identity, and sense of place. She is known for her monumental metal and fiber abstractions that combine a range of dichotomies central to her practice: hard/soft, male/female, two-dimensional/three-dimensional, Western/non-Western, stationary/in flux, figurative/abstract, power/beauty. In 1958, she created her first bronzes through the direct lost wax method, a technique she returned to a decade later to produce the abstract sculptures for which she became known. She started creating thin sheets of wax that she could bend, fold, meld, or sever in order to create unique models, which she would then bring to a local foundry for casting. This new approach to the lost-wax casting process enabled her to produce large-scale sculptures comprised of ribbons of bronze and aluminum. In 1967, she added fiber to these metal elements, devising the seemingly paradoxical works for which she became famous—tall, sturdy sculptures of cast metal resting on supports hidden by cascading skeins of silk or wool so that the fibers seem to support the metal. Of these works were a group of steles memorializing Malcolm X and his transformation “from a convict to a world leader.” His assassination in 1965, which upset the artist, was the impetus for the creation of her first works in the series, begun in 1969. Additions to the series came in 2003, 2007-08 and 2016-17, totaling twenty sculptures. Known collectively as the Malcolm X Steles, the first thirteen sculptures were exhibited in 2014 to acclaim at the Philadelphia Museum of Art and the Berkeley Art Museum (University of California Berkeley).

Born in 1939 in Philadelphia, Barbara Chase-Riboud began taking art classes at the Philadelphia Art Museum and the Samuel S. Fleisher Art Memorial at an early age. Wrongly accused of plagiarizing a poem she had written, Autumn Leaves, her mother had her removed from middle school and tutored at home before enrolling her in the Philadelphia High School for Girls in 1948. Four years later, Chase-Riboud graduated from high school and began studying at Temple University’s Tyler School of Art. Following an exhibition of her prints at the ACA Gallery in New York in 1954, The Museum of Modern Art purchased her woodcut Reba in 1955. The following year, she graduated from Temple with a BFA, won a Mademoiselle guest-editorship award and moved to New York to take a job with Charm magazine. In 1957, on the recommendation of noted art director Leo Lionni, she won a John Hay Whitney Fellowship to study at the American Academy in Rome. While in Rome, in 1958, she had her first European exhibitions at the American Academy and at Galleria L’Obelisco and her work was included in the first annual Festival of the Two Worlds in Spoleto. At this time, she also traveled to Egypt, an experience which would profoundly influence her mature work. She returned to the United States in September of 1958 with a fellowship to pursue her MFA at Yale University School of Design and Architecture. There, she befriended the artist Sheila Hicks and studied with Josef Albers, Phillip Johnson, Paul Rand, Alvin Eisenman, and Louis Kahn, among others. Soon after, her sculpture Bull-Fighter was included in the 1958 Pittsburgh International Exhibition of Contemporary Painting and Sculpture at the Carnegie Mellon Institute. In 1960, the twenty-one-year-old artist completed her first commissioned public work, the Wheaton Plaza Fountain in Maryland (since destroyed), and received her MFA from Yale, the first African American woman to do so.

Later that year, Chase-Riboud moved to Europe, settling in France. In Paris, she was hired as an art director by the New York Times International and began a successful sculpting career, establishing her studio in 1962. In 1965, Chase-Riboud traveled to the People’s Republic of China with her first husband, French photographer Marc Eugène Riboud, as the first American woman invited to visit the country since its political revolution. The following year, she received a sculpture commission from fashion designer Pierre Cardin and represented the United States in the first World Festival of Negro Arts held in Dakar, Senegal. Later that same year, she also had her first major gallery show, held at the Galerie Cadran Solaire in Paris. In 1969, the exhibition 7 Américains de Paris opened at the Galerie Air France in New York, where Chase-Riboud exhibited five new sculptures including Sheila, which, significantly, was her first work to combine cast metal and fiber. She also traveled to Algiers, Algeria for the first Pan-African Cultural Festival. In 1970, four works from the Malcolm X series were shown at the Bertha Schaefer Gallery in New York and later that year, at the Hayden Gallery at the Massachusetts Institute of Technology in Cambridge, MA. At this time, the Betty Parsons Gallery in New York began representing the artist. In 1970, she participated in the exhibition Contemporary American Sculpture at the Whitney Museum of American Art, becoming, alongside Betye Saar, the first African American woman to exhibit at the museum. In 1973, the exhibition Chase-Riboud, organized by Peter Selz, was shown at the University Art Museum in Berkeley, CA, traveling to the Detroit Institute of Arts and the Indianapolis Museum of Art. In 1974, she held solo exhibitions at the Musée d’Art Moderne de la Ville de Paris and at the Kunstmuseum Düsseldorf and Staatliche Kunsthalle Baden-Baden in Germany. In 1975, following an exhibition at Betty Parsons Gallery, she departed on a month-long lecture and solo exhibition tour of Africa, organized by the U.S. State Department, with venues in Tunisia, Mali, Sierra Leone, Ghana and Senegal. In 1977, she was included in the prestigious Documenta VI in Kassel, Germany and two years later, she participated in the 3rd Biennale of Sydney: European Dialogue in Sydney, Australia.

In 1985, Barbara Chase-Riboud established a studio in the Palazzo Ricci in Rome, neighboring with Cy Twombly. In 1990, she began her La Musica series, inspired by singer Marian Anderson and she participated in the Pasadena City College’s fourth annual Artists in Residence program. In 1995, she exhibited in the Fujisankei Biennale International Exhibition for Contemporary Sculpture at the Hakone Open-Air Museum, Hakone, Japan. That same year, Chase-Riboud won a commission from the U.S. General Services Administration to create the sculpture Africa Rising, commemorating the recently discovered African Burial Ground in Lower Manhattan, a colonial-era cemetery for free and enslaved Africans. Three years later, Africa Rising would be installed in the lobby of the Ted Weiss Federal Building, adjacent to Foley Square in Lower Manhattan, where it can be viewed to this day. In 1996, she began work on her Monument Drawings series, created, as with the Malcolm X series, as tributes to historical figures. In 1999, Peter Selz and Anthony F. Janson completed their monograph Barbara Chase-Riboud: Sculptor, published by Harry N. Abrams, and in 2009, the Johns Hopkins University Press published a special issue of the journal Callaloo, devoted entirely to the artist.

Although known for her achievements in sculpture and drawing, Chase-Riboud is equally renowned for her literary success. In 1974, she published her first book of poetry, From Memphis & Peking, edited by Toni Morrison and published by Random House, to critical acclaim. Five years later, with the encouragement of Jacqueline Kennedy Onassis, she published her first novel, Sally Hemings (Viking Press, 1979), which won the Janet Heidinger Kafka Prize in Fiction by an American Woman. The book, about the relationship between Thomas Jefferson and his slave Sally Hemings, became an international bestseller and would later be translated in ten languages. Its sequel, The President’s Daughter, was published by Ballantine Books in 1994. Other works in literature include Valide: A Novel of the Harem (William Morrow, 1986); a book of poetry Portrait of a Nude Woman as Cleopatra (William Morrow, 1987), which won the Carl Sandburg Award for best American poet from the International Platform Association; Echo of Lions: A Novel of the Amistad, about the Amistad revolt (William Morrow, 1989); and Roman Égyptien, a book of French poetry (Éditions du Félin, 1994). In 2003, Hottentot Venus was published by Doubleday, a historical novel about Sarah Baartman, which was nominated for the Hurston-Wright Legacy Award and won the Black Caucus of the American Library Association Literary Award for Fiction. In 2007, she returned to China to complete a travelogue of her 1965 trip, titled 10,000 Kilometers of Silk. In 2011, she completed an English version of Roman Égyptien (titled Egypt’s Nights) and the historical novel The Great Mrs. Elias. In 2013, she completed the following literary works: Helicopter, a verse novel; Letters to My Mother from an American in Paris: A Memoir; Every Time a Knot is Undone, a God Is Released: Collected Poems; and Pannonica & Thelonious, a melologue for a screenplay.  Barbara Chase-Riboud’s papers and manuscripts were acquired by Emory University’s Manuscript, Archives, and Rare Book Library (MARBL) in 2014.

Chase-Riboud has been the recipient of numerous awards and honorary degrees, including: a Doctorate of Fine Arts from Temple University (1981), a Doctorate of Letters from Muhlenberg College (1993), the James Van Der Zee Award (now known as the Brandywine Lifetime Achievement Award) from the Brandywine Workshop (1995), a Doctorate of Letters from the University of Connecticut (1996), the Women’s Caucus for Art Lifetime Achievement Award from the College Art Association (2007), the Alain Locke International Award from the Detroit Institute of Arts (2007), and the Tannie Award in the Visual Arts in Paris (2013). In 1996, she was knighted by the French government as Chevalier de l’Ordre des Arts et des Lettres.

Her work has also been exhibited at numerous institutions worldwide. Currently, she is featured in the exhibition Making Space: Women Artists and Postwar Abstraction at The Museum of Modern Art. In addition, her sculpture Confessions for Myself (1972), which was commissioned by Peter Selz and the Berkeley Art Museum for her first single-artist museum exhibition in 1973, is on view in the Brooklyn Museum’s exhibition We Wanted a Revolution: Black, Radical Women, 1965-85. This summer, her work will also be included in the Kemper Museum of Contemporary Art exhibition Magnetic Fields: Expanding American Abstraction, 1960s to Today.

Chase-Riboud continues to live and work between Paris, Rome and Milan. Michael Rosenfeld Gallery is the exclusive representative of Barbara Chase-Riboud.