Skip to content
Back to top Back to Exhibitions«
Betye Saar: Migrations/Transformations 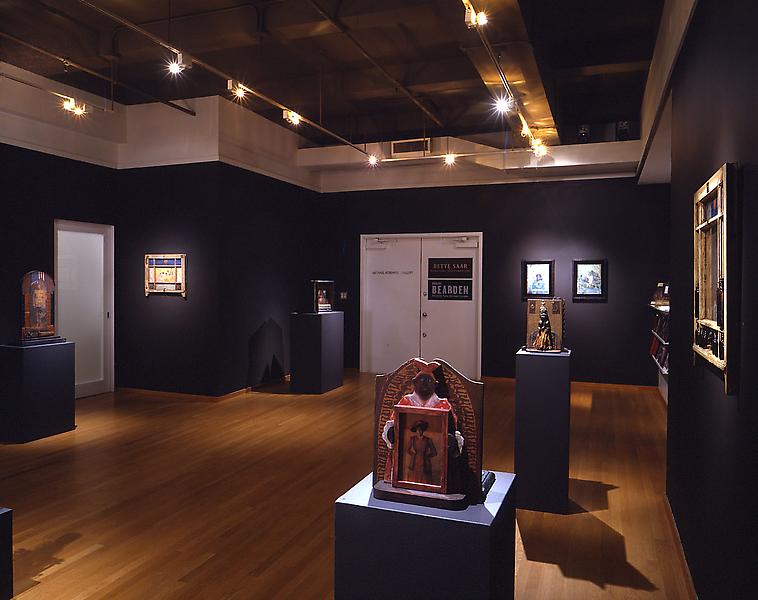 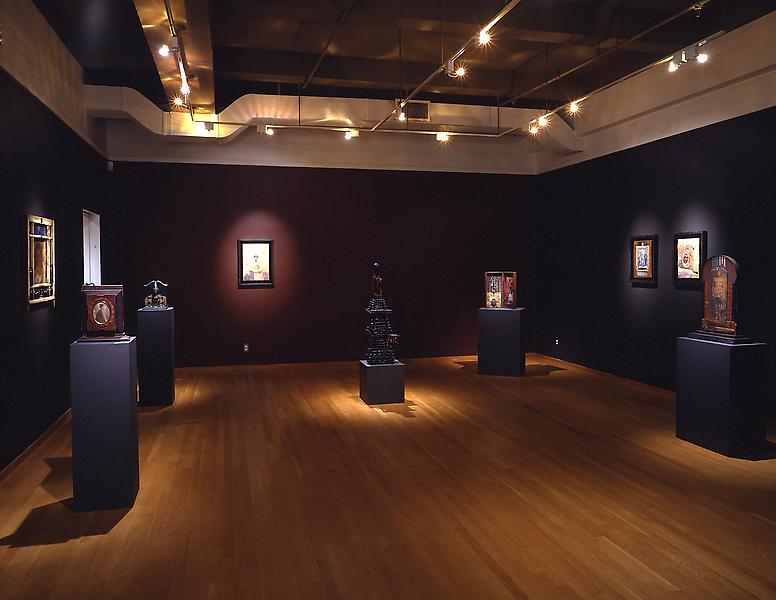 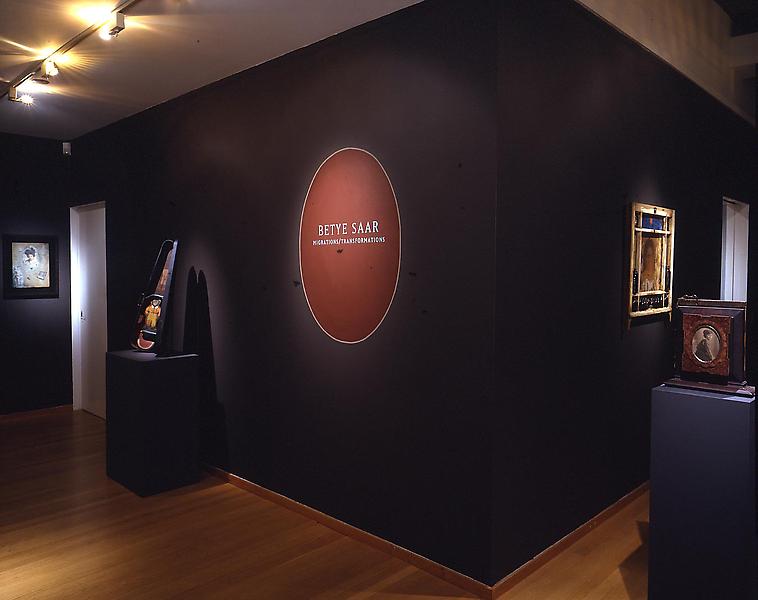 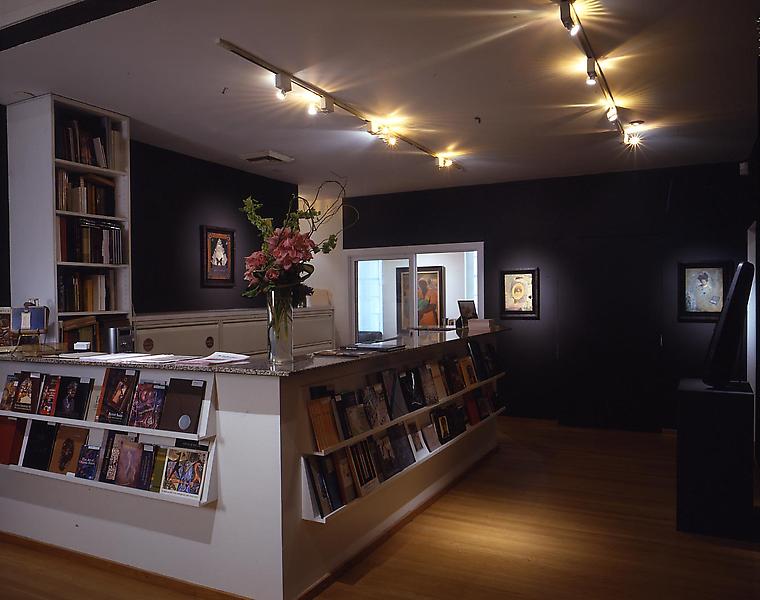 From tribes to chains; from community to cargo; from farms to ships to plantations; from South to North; from slavery to freedom - the migration routes of black people from Africa to America form the subject of Betye Saar's new series, Migrations/Transformations, scheduled to be on view at Michael Rosenfeld Gallery from September 8 to October 28, 2006. In seventeen mixed media collages and assemblages, Saar narrates seventeen distinctive journeys. By layering carefully selected clues - a gold button, an African mask, a slave ship diagram, a weathered photograph, a pressed leaf, a tattered American flag - she constructs fictional biographies of nameless characters that represent the historical passages of millions. Haunted by memories of Africa or the trauma of the Middle Passage, Saar's journeys remind us that history is not simply the recording of past events - it is a living, breathing entity, filling the space of our present and shaping contemporary identities.

A fully illustrated color catalogue with an artist statement and essays by Whitfield Lovell, Tracye Saar-Cavanaugh, Lowery Stokes Sims, and Sean Ulmer accompanies the exhibition. Visuals are available upon request.

Born in Los Angeles in 1926, Betye Saar received her BA from the University of California, Los Angeles in 1949. She continued her education through graduate programs at California State University at Long Beach, the University of Southern California, and California State University at Northridge. A self-described mixed media collage, assemblage, and installation artist, Saar is recognized for works that incorporate the many materials and objects she has found, collected, and preserved. In 1972, she became widely known with her celebrated assemblage The Liberation of Aunt Jemima (now in the permanent collection of the Berkeley Art Museum, University of California). Over four decades, Saar has voiced her political, racial, religious, and gender concerns in an effort to "reach across the barriers of art and life, to bridge cultural diversities, and forge new understandings." She has been the recipient of numerous awards of distinction, including two National Endowment for the Arts Fellowships (1974, 1984) and a J. Paul Getty Fund for the Visual Arts Fellowship (1990). In 1994, Saar, along with artist John Otterbridge, represented the United States at the 22nd Biennial of São Paulo in Brazil. In 2003, Pomegranate

Press published the monograph Betye Saar. Since1964, her work has been the subject of over seventy solo exhibitions, and she is represented in numerous public collections including the Detroit Institute of the Arts, the Smithsonian American Art Museum, the Studio Museum in Harlem, and the Whitney Museum of American Art. A role model for generations of African-American women, she is the mother of three daughters, two of whom (Alison and Lezley) are accomplished artists. Saar continues to live and work in Los Angeles. Michael Rosenfeld Gallery is her exclusive representative. For more information on Betye Saar, please visit www.michaelrosenfeldart.com.

On Wednesday, September 13, 2006 from 6:30-7:30pm at The New-York Historical Society, Betye Saar will be in conversation with Leslie King-Hammond and Debra Willis. This discussion is in conjunction with the Historical Society's exhibition Legacies: Contemporary Artists Reflect on Slavery. For more information on this event, please contact (212) 485-9205.

Concurrently on view through December 10, 2006 at the Pennsylvania Academy of Fine Arts (Philadelphia, PA) is Betye Saar: Extending the Frozen Moment. This traveling solo exhibition was organized by the University of Michigan Museum of Art and is accompanied by an award-winning monograph published by the University of California Press.

Also on view through September 24, 2006 at the Pasadena Art Museum of California is the traveling exhibition Family Legacies: The Art of Betye, Lezley and Alison Saar. This exhibition was organized by The Ackland Art Museum and is accompanied by a fully illustrated catalogue published by The University of Washington Press.