Skip to content
Back to top Back to Exhibitions«
Romare Bearden: Fractured Tales: Intimate Collages 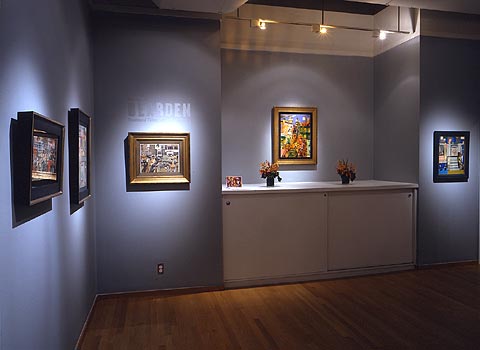 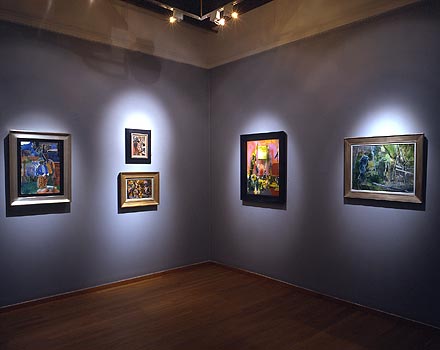 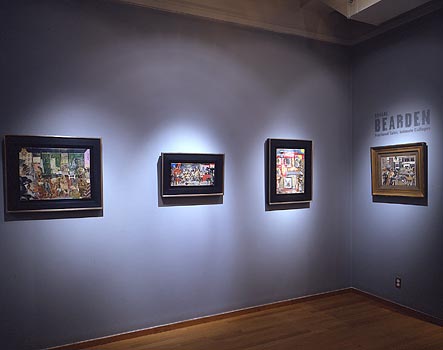 I am afraid, despite my intentions, that in some instances commentators have tended to overemphasize what they believe to be the social elements in my work. But while my response to certain human elements is as obvious as it is inevitable, I am also pleased to note that upon reflection many persons have found that they were as much concerned with the artistic implications of my paintings as with, what may possibly be, my human compassion.

Known for collages with kaleidoscopic surfaces of fractured forms and space, Romare Bearden captured in his layered narratives the essence of African American life. Romare Bearden - Fractured Tales: Intimate Collages, the first solo exhibition of the artist's work at Michael Rosenfeld Gallery, presents thirteen collages completed between 1965 to 1981. Each collage was selected for their intimate scale. Subjects included range from southern rural life to Harlem street scenes, Caribbean sites & vegetation to musical improvisations. On view from September 8 to October 28, 2006, this exhibition will be accompanied by a fully-illustrated, color catalogue featuring a reprint of the 1968 Romare Bearden essay "Rectangular Structure in my Montage Paintings." Visuals are available upon request.

Romare Bearden was born in 1911 in Charlotte, North Carolina and studied at Boston University, New York University (B.A. 1935), the Art Students League (1936-37) with George Grosz, and Columbia University. During the 1930s, Bearden was involved with 306, an art school and workshop in Harlem where his

cousin by marriage, Charles Alston, was a leading instructor. From 1942 to 1945, Bearden served in the United States Army and in 1950, he used funds from the G.I. Bill to travel to Paris, where he studied art history and philosophy at the Sorbonne and met, among others, Henri Matisse, Georges Braque and Joan Miró. He was a founding member of Spiral group (1963), a co-founder with Norman Lewis and Ernest Crichlow of the Cinque Gallery (1969) - a non-profit organization that showed the work of minority artists, and an active founding member of The Studio Museum in Harlem (1968). Bearden's early work belongs to the school of social realism, but after his return from Europe his images became more abstract.

In the early 1960s, Bearden began to make two-dimensional collages. For Bearden the collages were "an attempt to redefine the image of man in terms of the black experience." By integrating new and old materials, Bearden created complex narratives that were often inspired by the African American experience, mythology and religion; many of his works have titles with origins in literature and music, two lifelong passions. Living and working in St. Martin, Antilles and New York City, Bearden died in 1988. In 1965, the Corcoran Gallery of Art held his first solo exhibition and since then his work has been the subject of numerous museum exhibitions across the United States. Most recently in 2003, The National Gallery of Art organized "The Art of Romare Bearden," a retrospective that firmly cemented his legacy as one of the great innovators of the twentieth century. His work is represented in prestigious institutions including The Museum of Modern Art, The Metropolitan Museum of Art, the Smithsonian American Art Museum, and The Whitney Museum of American Art. In 1990, the Romare Bearden Foundation, New York, was established to preserve the legacy of the artist.