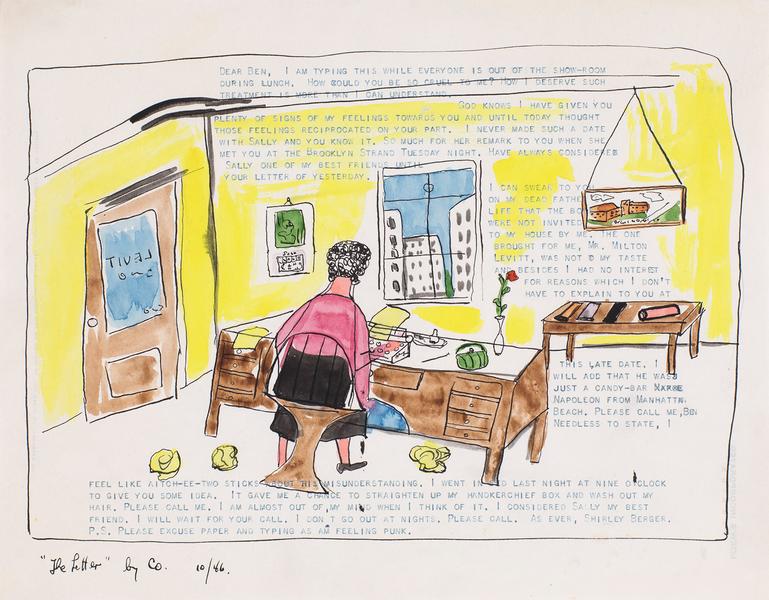 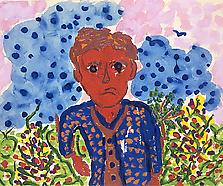 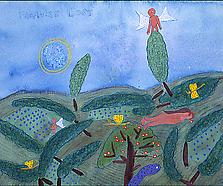 As a playwright, screenwriter, and founding member of the Group Theatre, Clifford Odets made an immeasurable contribution to the cultural fiber and history of the United States. Like many passionate artists, Odets was inspired to express himself in more than one medium and, as few people know, he painted impassioned soul-searching works on paper. Beginning in 1946, Clifford Odets painted at night - often at his desk - when suffering from frequent bouts of insomnia and writer’s block. While Odets wrote plays and films for the public, he painted for himself and his most intimate friends, candidly unveiling his complex psyche, his inner-turmoil, and his perceptions of the world around him.

Odets’s early success was secured with his Great Depression-era left-wing plays, including Awake and Sing! (1933), Waiting for Lefty (1934), Paradise Lost (1936), Golden Boy (1937), Rocket to the Moon (1938), and Night Music (1940). Opportunity followed his fame and he began writing screenplays for Hollywood, including Humoresque (1942) and None But the Lonely Heart (1943), which was his directorial debut. In 1954, Odets made Hollywood his permanent home with his son and daughter after the death of their mother Bette Grayson. Though financially rewarding, Hollywood was not fulfilling and soon became a source of extreme distress. Despite his disillusionment, Odets was both enticed and bound by the Hollywood lifestyle and remained there until his death from cancer in 1963.

During the 1940s, Odets’s literary output waned, his frustration mounted, and painting joined writing as a significant creative outlet and catharsis. In 1947, he was named a communist by the House Un-American Activities Committee and in 1952 he appeared before the Committee and was questioned. Considering that many of Odets's paintings reflect his inner-turmoil, it is no coincidence that he painted the majority of his introspective works during those particularly tumultuous years.

Odets’s torment, cynicism, and wit are evident in his paintings, though often masked beneath vibrant and whimsical facades suggestive of modern masters including Pablo Picasso, Henri Matisse, Rene Magritte, and Paul Klee; all artists whom he admired. He was obsessed with art and devoted much of his energy and resources to collecting, at one time owning more than sixty works by Klee. Odets had a particularly close friendship with the respected gallery owner J.B. Neumann who, besides selling Odets many of the works in his vast collection, exhibited his paintings on paper in 1946.

In essence, Clifford Odets’s paintings are impassioned autobiographies and self-portraits by and extraordinarily keen observer of human nature. They are earnest expressions of great intensity that represent a significant body of artwork by an extremely sophisticated and creative man.