Skip to content
Back to top Back to Exhibitions«
Hughie Lee-Smith: The 1950s 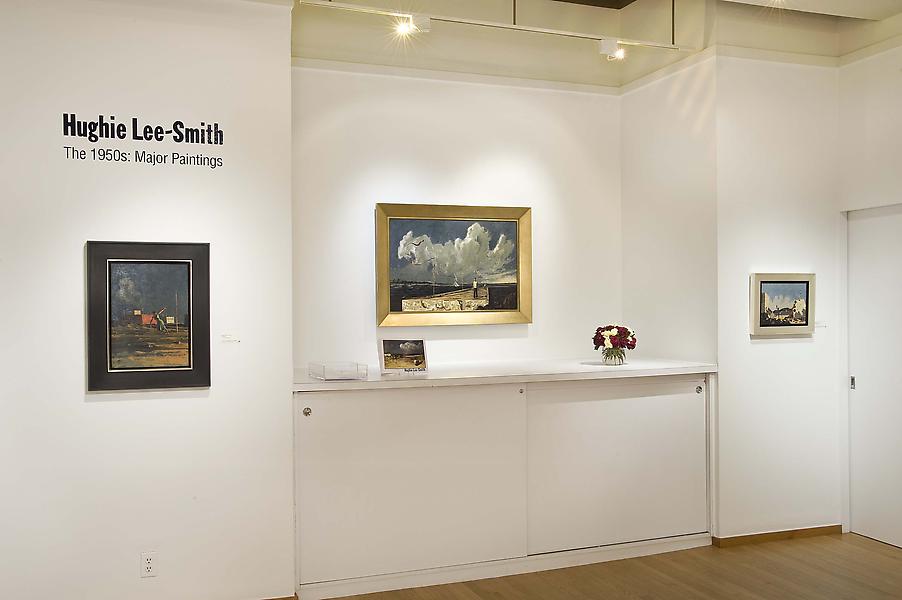 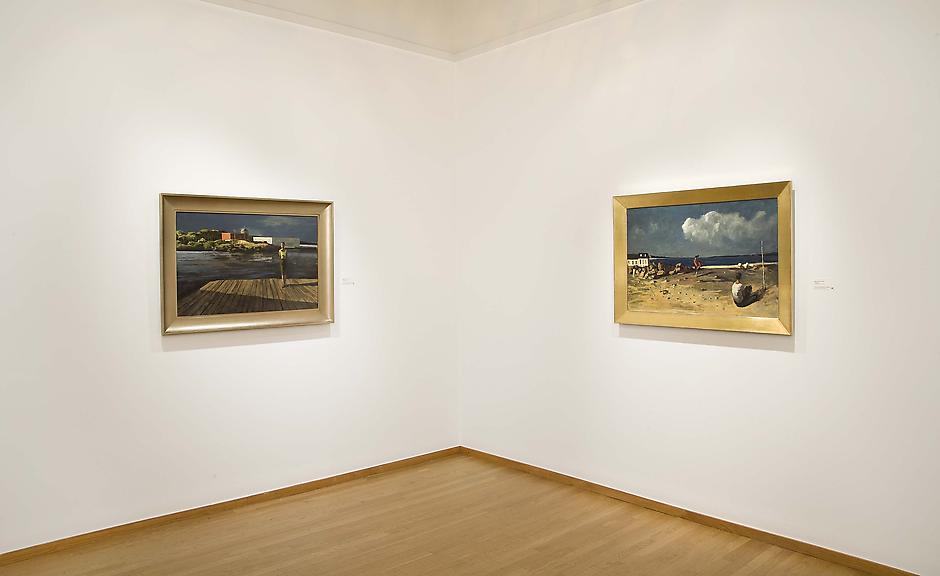 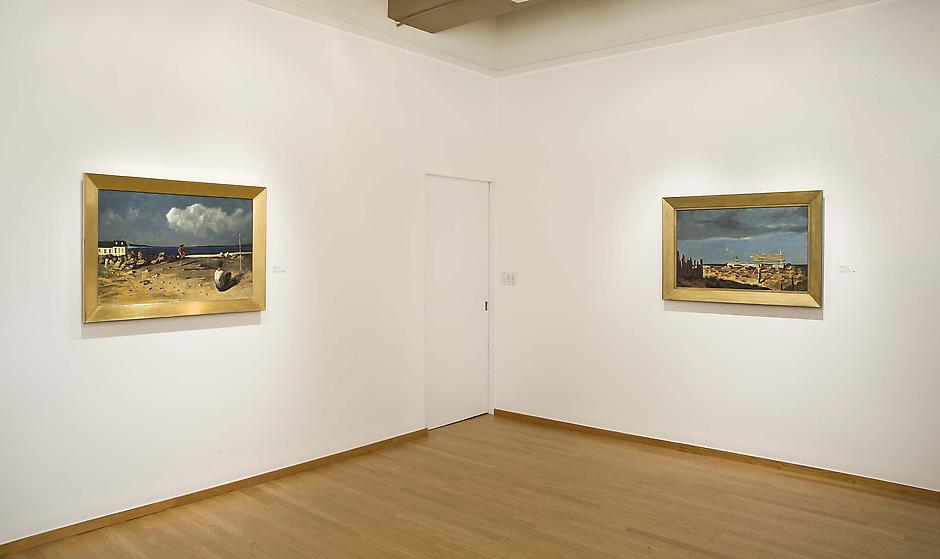 (New York—October 19, 2011) Michael Rosenfeld Gallery is pleased to present Hughie Lee-Smith: The 1950s, Major Paintings, on view from November 5 to December 23, 2011. Comprising eight oil-on-Masonite paintings from a pivotal decade in the artist’s career, this is the gallery’s first solo exhibition of Lee-Smith’s work (although he has been featured in numerous group shows). Hughie Lee-Smith arrived at his mature style in the early 1950s, when he moved away from the social realism of the WPA era and towards an art that remained social realist in its commitment to social justice but a signature style that blended Lee-Smith’s longtime interest in European masterworks with aspects of surrealism. The works in this exhibition encapsulate the visual motifs and thematic concerns that he would rework and ponder throughout his career: questions of alienation, isolation, and urban decay; dream-like landscapes populated by solitary figures who remain alone even when in the company of others; whimsical elements juxtaposed in a surrealist manner with crumbling architecture or deserted beaches; and tempestuous, sublime skies—metaphors for the unconscious and a reminder of how powerfully Lee-Smith’s Midwestern surroundings influenced his vision.

Immediately recognizable for their beautifully haunting, sparsely populated landscapes, Lee-Smith’s paintings trouble conceptual binaries—between internal and external, real and surreal, black and white, isolation and community, hope and despair—and defy categorization. The dream-like atmosphere and pervasive sense of alienation in these works inevitably elicit comparisons to Giorgio de Chirico, Edward Hopper, and Eugene Berman, but such corollaries are only half right. While these artists share many of Lee-Smith’s existential concerns, the figures in their work are predominantly white, reinforcing a Western tendency to imagine whiteness as the “universal” or un-raced identity. At a time when white artists were thought of simply as “artists” while African American artists were expected to paint/sculpt/draw “the black experience,” Lee-Smith created deeply personal environments populated by figures whose ethnic features were often ambiguous or who, when assigned a distinct racial identity, still functioned as universal embodiments of loneliness, introspection, or human existence, thus expanding the category of the “everyman” to include men and women of diverse identities. While these paintings work as psychological landscapes, the spaces Lee-Smith’s figures inhabit also have referents in the real world. The boarded tenements, crumbling brick, crackled façades, and industrial yards are an expression of existential themes as well as a depiction of the actual deprivation that exists in cities throughout the United States.

Born in Eustis, Florida in 1915 to parents who divorced soon after his birth, Hughie Lee-Smith (who added the hyphen to his name as a teenager to give it more artistic panache) spent his early years in Atlanta, Georgia under the care of his maternal grandmother while his mother pursued a singing career in Cleveland. Lee-Smith’s grandmother lived a middle-class lifestyle with its

attendant values of respectability and education, which she strove to impart to her grandson. She exerted considerable control over his friendships and leisure activities, forbidding him to participate in forms of mass entertainment on the grounds that they were “low-class and iniquitous.” His grandmother’s prohibition against carnivals and county fairs (and the people who went to them) added to a sense of alienation that Lee-Smith felt throughout his life, and that he attributed to the estrangement of the artist—who observes the world from a distance—and to living in a country that often rejected African Americans from the national imaginary through caricature, discrimination, and violence. The fairground’s promise of delight and inclusion haunts Lee-Smith’s paintings, which are full of carnivalesque elements that only add to a pervading sense of isolation, often because they seem blissfully indifferent to the condition of the people around them.

Lee-Smith started to gain national attention in the mid-1950s, as his art circulated beyond the cities of the Midwest. A 1955 solo exhibition at Howard University’s art gallery was followed by his winning the Emily Lowe Competition (sponsored by Eggleston Gallery) in 1957, which helped raise his profile in New York art circles. Lee-Smith moved to New York the following year, and a just under decade later, in 1967, he became the second African American artist to be elected a full member in the National Academy of Art and Design. But as his career gained prominence, Lee-Smith became increasingly pessimistic over the possibility of attaining what he later described as “the youthful dream of a world free of the tentacles of racism.” As the 1960s drew to a close, he took an artist-in-residency position at Howard University and worked as the acting chair of its art department. Howard and Washington, DC were important sites for the Black Arts Movement, and Lee-Smith became a presence in debates about a “black aesthetic.” Although the question of race is often not always overtly confronted in his work, as Leslie King-Hammond notes, Lee-Smith “used representation and its illusions as a means to ponder questions of humanity by working through the specifics of black American lives.”

Lee-Smith had several solo shows throughout the 1970s and 1980s and amassed a following of enthusiastic private collectors, but he did not have a retrospective until 1988, when the New Jersey State Museum in Trenton organized its traveling exhibition. In 1994, New York’s City Hall commissioned him to paint the official portrait of Mayor David N. Dinkins, and in 1995, the Maryland Institute College of Art awarded him an honorary doctorate. Lee-Smith continued to paint until his death in 1999.