Skip to content
Back to top Back to Exhibitions«
Seymour Lipton: METAL 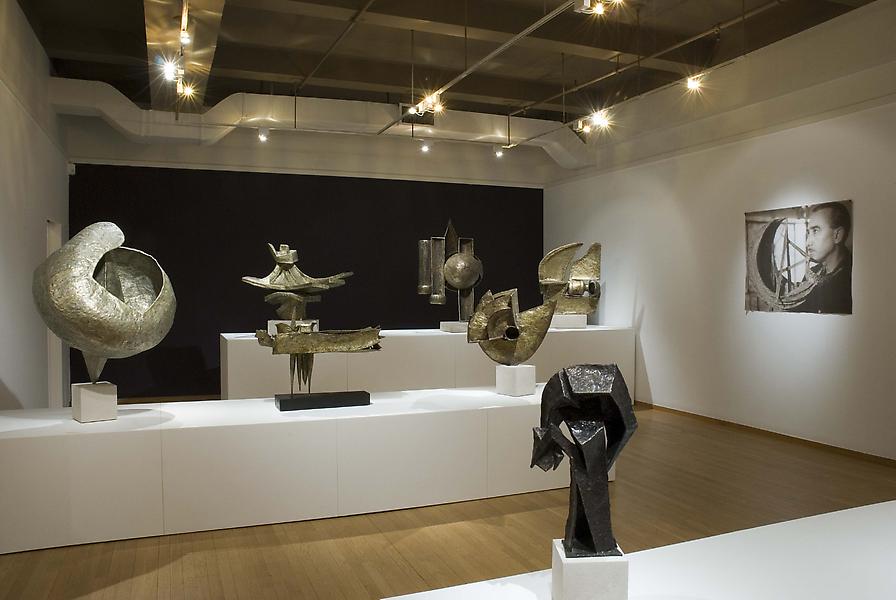 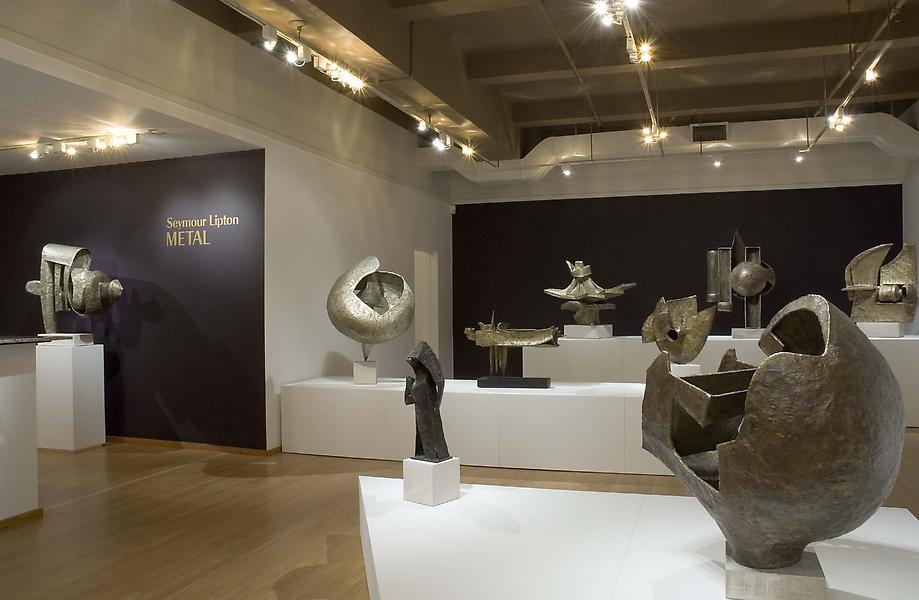 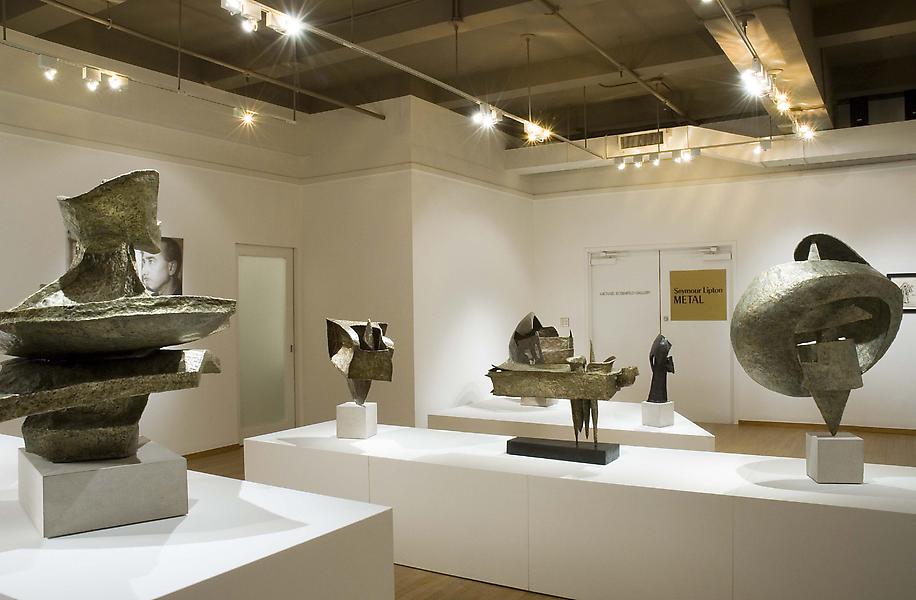 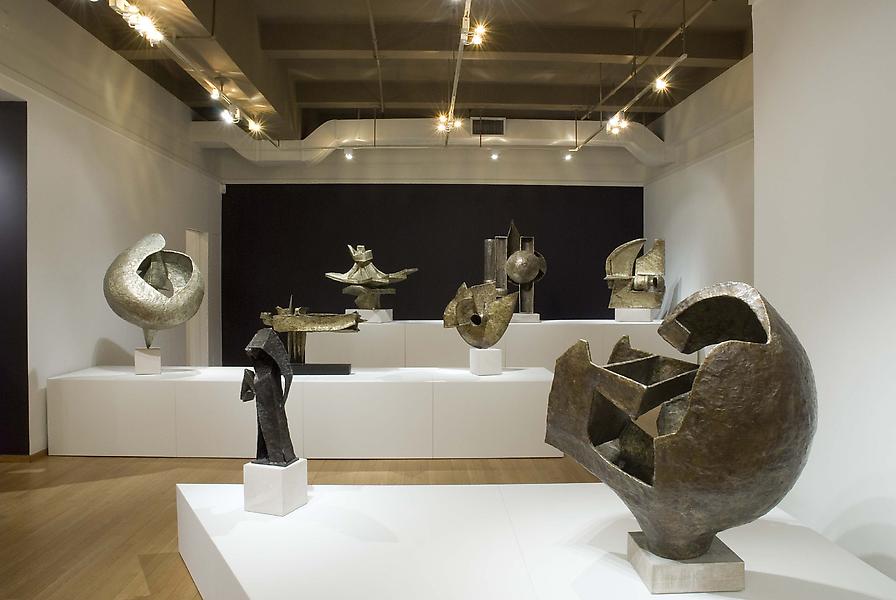 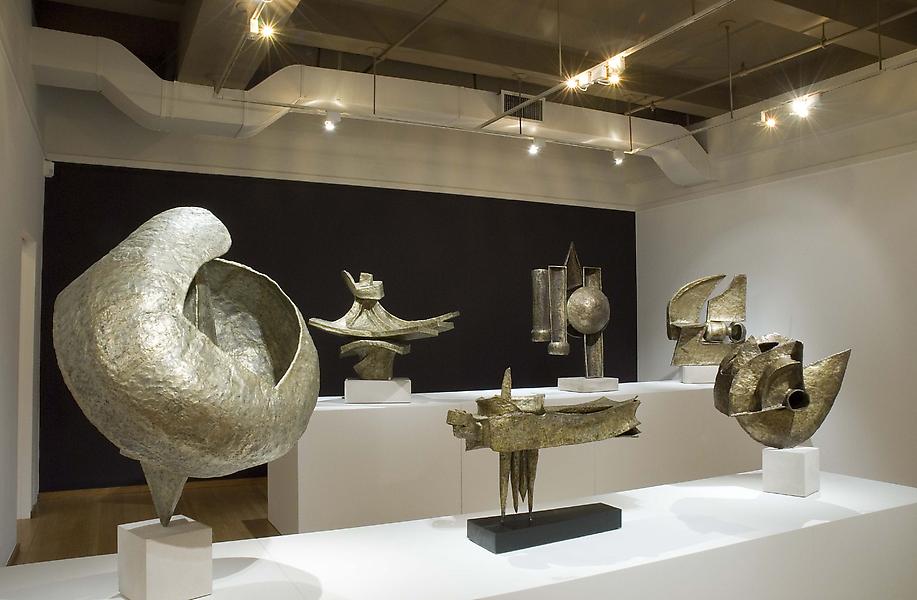 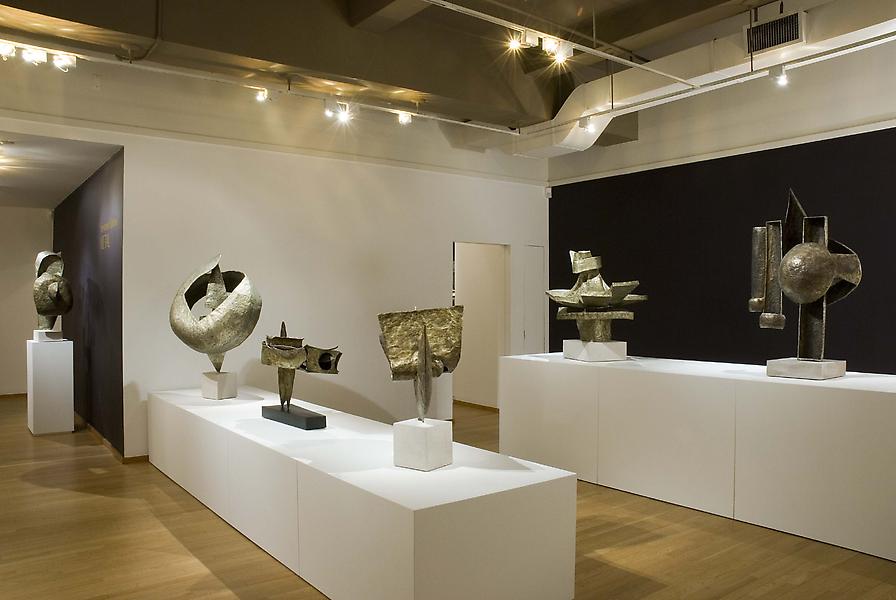 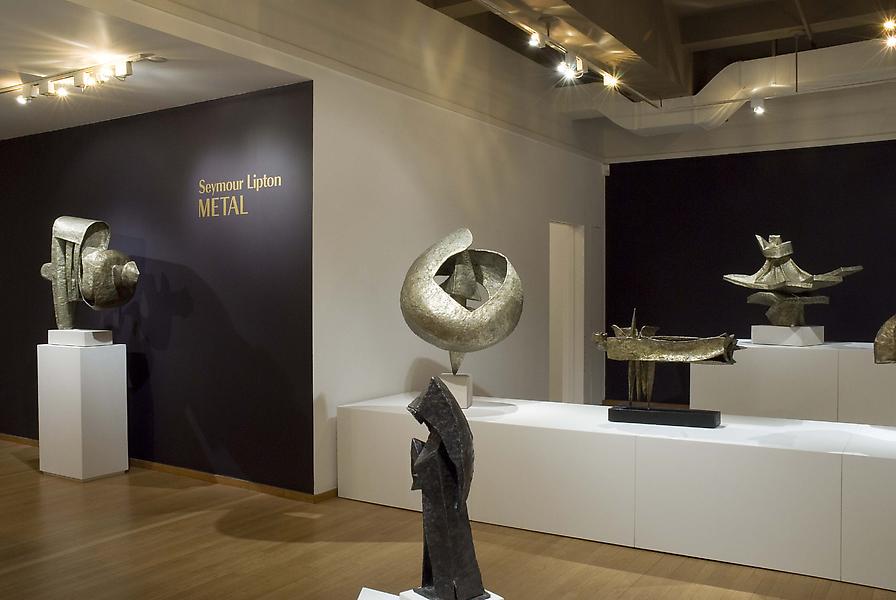 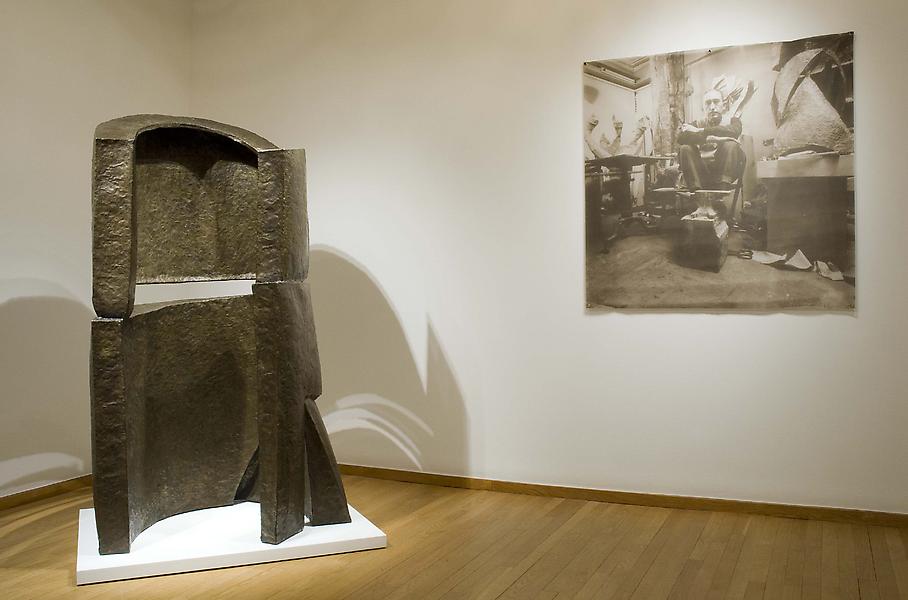 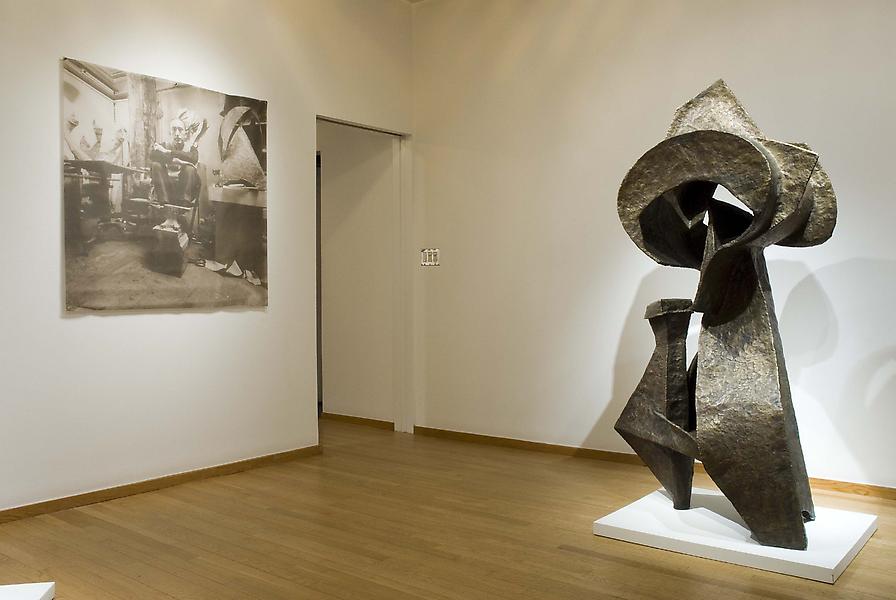 Throughout his prolific fifty-year career, sculptor Seymour Lipton devoted his art to exploring the depths of human existence and experience. From his early use of wood to his later preference for metal, Lipton represented the social upheaval that marked the decades surrounding the Great Depression and World War II in works of sculpture that reveal a fundamental understanding of the complexities of anatomical and natural forms. By adding to, eliminating or otherwise altering the figure of a once-identifiable object, Lipton transformed his original model into an expression of the common anguish and uncertainty of his time. Whether depicting the tragic horrors of World War II, articulating a fear of the rising power of technology, or empathizing with the condition of the average laborer, this self-taught artist produced works that were firmly rooted in their historical moment.

Born in New York City, Lipton grew up in the Bronx at a time when much of that borough was farmland. These rural surroundings enabled Lipton to explore the botanical forms that would later become sources for his adult work. It was this proximity to nature that initially captivated Lipton’s interest in creating art and that would remain central to his art despite the artist’s life-long choice to remain in the urban environment of New York City. Lipton’s interest in the dialogue between artistic creation and natural phenomena was cultivated through numerous visits to New York’s Museum of Natural History, its many botanical gardens and its zoos. In 1927, Lipton received a degree in dentistry from Columbia University that not only provided him with a lucrative career but also gave him a foundation for working with metal. His interest in sculpture came to fruition in the late 1920s, when he began to create clay portraits.

In the early 1930s, Lipton began to devote an increasing amount of time to his art, developing a direct wood carving style that afforded him a richly emotional visual vocabulary. In 1935, he exhibited an early wood sculpture at the John Reed Club Gallery in New York, and three years later, ACA Gallery mounted Lipton’s first solo show. In 1940, Lipton began teaching sculpture at the New School for Social Research, a position he held until 1965. Also at this time, he deviated from wood and started working with brass, lead and bronze. Choosing these metals for a visual simplicity that he believed exemplified the universal heroism of the “everyman,” Lipton could also now explore various forms of abstraction. Lipton’s turn towards increasing abstraction in the 1940s allowed him to fully develop his metaphorical style.

In 1950, Lipton arrived at his mature style and began to develop a new technique of brazing on Monel metal. Abandoning for good his wood work, he now began to draw extensively, which allowed him to explore the automatism that Abstract Expressionist painters were boasting at the time. Like painterly contemporaries such as Jackson Pollock, Lipton was very much influenced by Carl Jung’s work on the unconscious mind and the regenerative forces of nature. Lipton also looked to Freud for a greater understanding of the inner psyche. He translated these two-dimensional drawings into three-dimensional maquettes that enabled him to revise his ideas before creating the final sculpture. The forms that Lipton produced during this period were often zoomorphic, and they exemplified the tension between the souls of nature and the automatism of the machine. Lipton claims not to have been influenced by any particular artists group, but his exploration of man’s “inner reality” mimics the discoveries of the Surrealists, while his fascination with the dystopian relationship between man, nature and machine is consistent with much of modernist art after 1918.

In the years following the 1950s, Lipton’s optimism began to rise, and the size of his work grew in proportion. The invention of the oxyacetylene torch allowed Lipton to rework the surfaces of metal sculptures, thus eliminating some of the risks involved with producing large-scale finished works. As Lipton’s sculpture was elevated to new heights, it also soared and expanded psychologically; the increased scale of his sculptures meant that Lipton was now better equipped to evoke the enormous heroism of the ordinary people who had survived through historically unprecedented horror. In 1958, Lipton was awarded a solo exhibition at the Venice Biennale and was thus internationally recognized as part of a small group of highly-regarded avant-garde constructivist sculptors.

Throughout the last two decades of his career until his death, Seymour Lipton consistently reworked his thematic interest in humanity’s epic struggle. In 1960, he received a prestigious Guggenheim Award, which was followed by several prominent public commissions, including his heroic Archangel, currently residing in Lincoln Center’s Avery Fischer Hall. Lipton’s work is a part of the permanent collections of over fifty museums.

Since 2004, Michael Rosenfeld Gallery has been the exclusive representative of the Estate of Seymour Lipton.