Skip to content
Back to top Back to Exhibitions«
The Art Show 2022, Booth D13 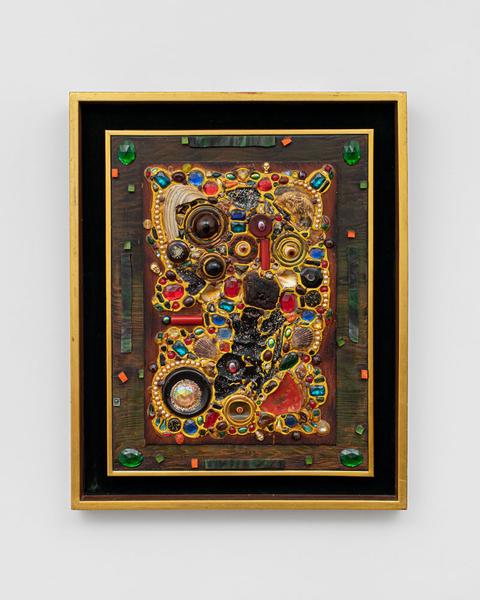 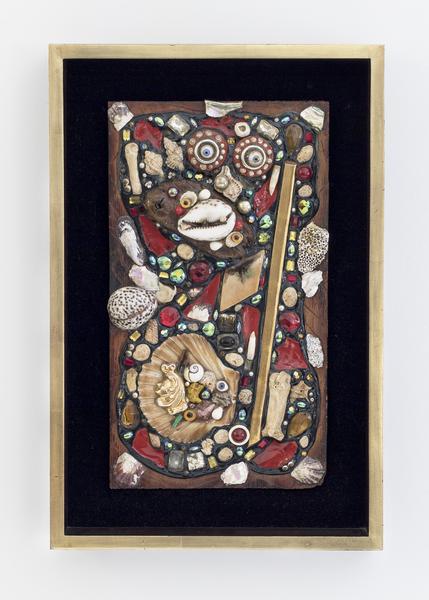 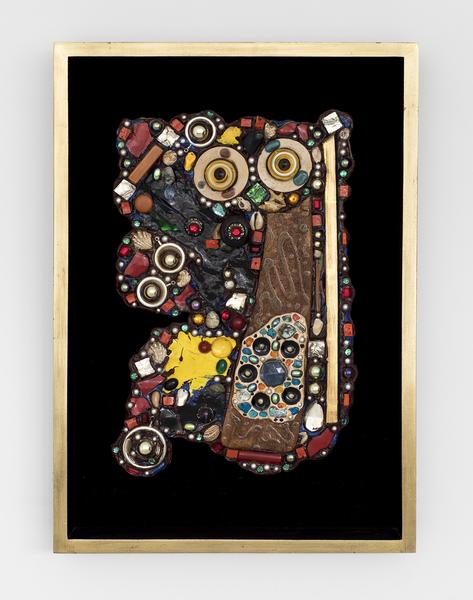 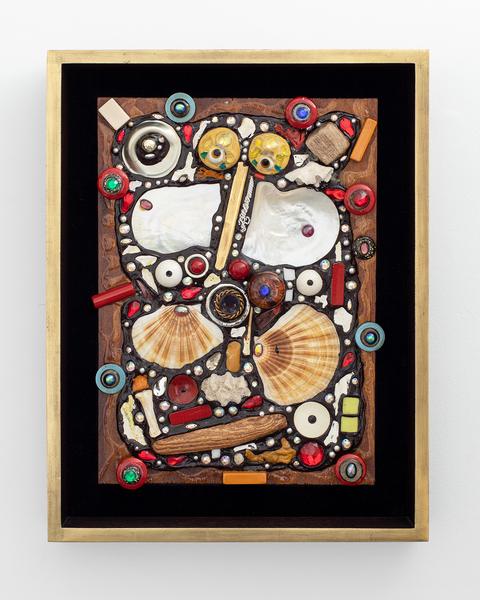 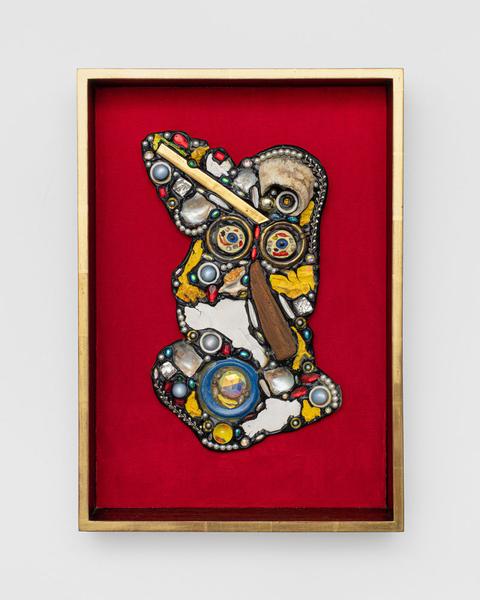 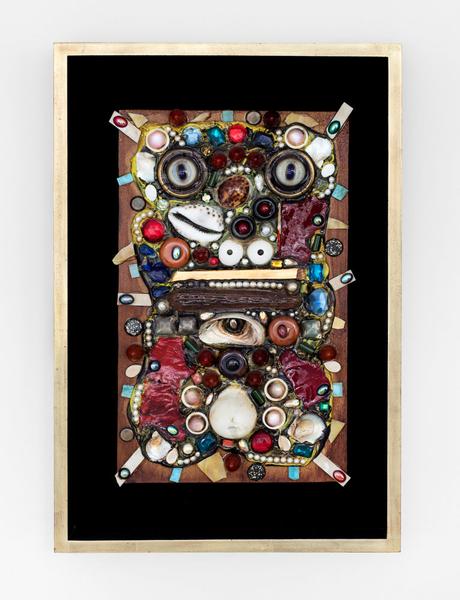 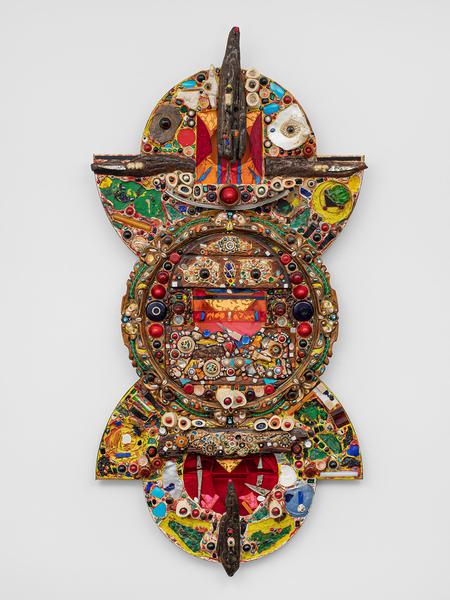 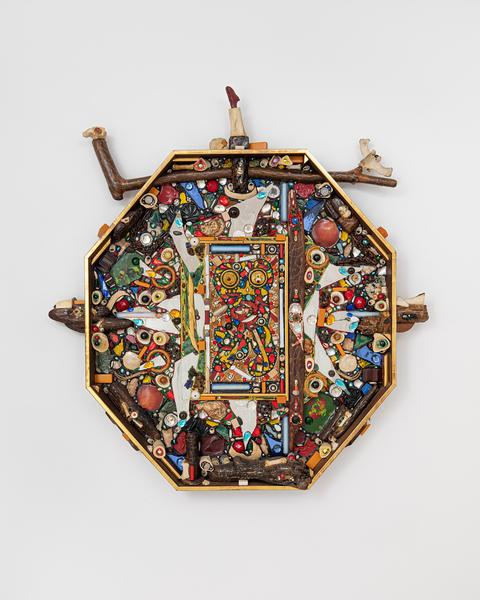 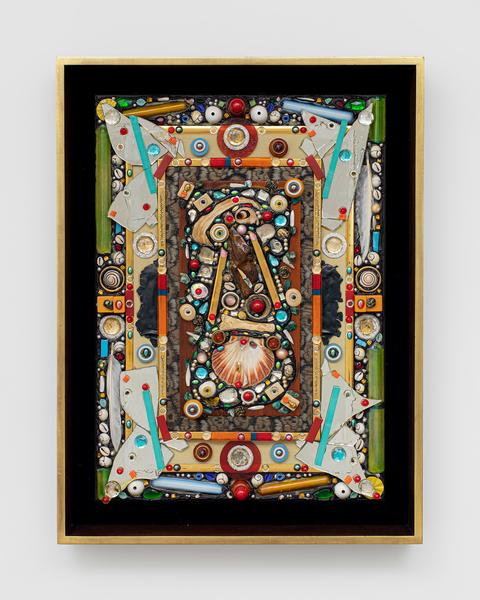 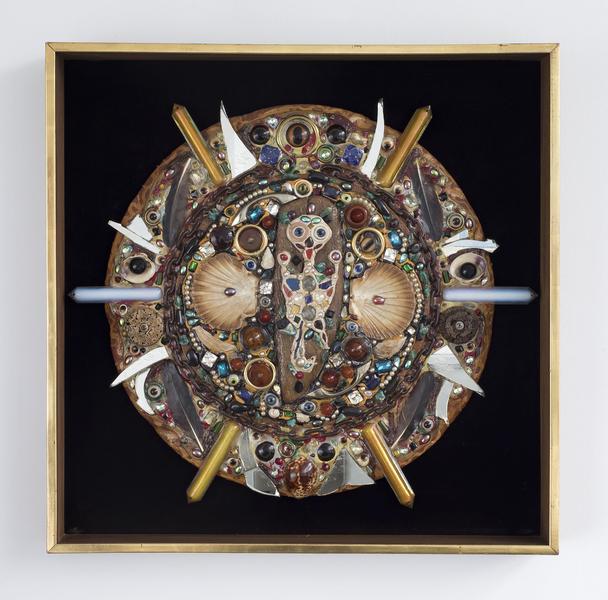 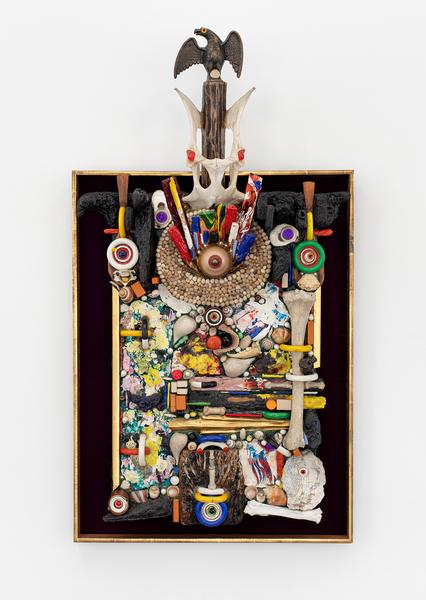 The human being is the link between God and the material world… Even a little waste piece of plastic or a bone is just as much alive as the abstract concept of God, which is meaningless unless it is incarnated. …[One] of the things I try to do is to infuse into the inanimate a reference back to the whole hierarchy of human experience beginning with the material, using objects instead of just paint.[1]
–Alfonso Ossorio

Michael Rosenfeld Gallery is pleased to participate in The Art Show 2022 with Alfonso Ossorio: Congregations, a solo exhibition featuring a selection of found-object assemblages executed between 1962 and 1967 by the most significant Filipino artist of the 20th century.

Created between 1959 and 1990, the Congregations explore themes Alfonso Ossorio (1916–1990) addressed throughout his career, including the trauma of human gestation and birth, the specious definitions of race, and the fraught relationship between religion and sexuality—something he personally struggled with as an openly gay man profoundly devoted to Catholicism. Michael Rosenfeld Gallery’s presentation brings together works from the 1960s, the decade that witnessed the evolution of the Congregations, which would become Ossorio’s final body of work. The artist’s unique approach to the medium of assemblage was highly influential to subsequent generations of artists, and Alfonso Ossorio: Congregations provides a rare opportunity to explore some of the finest examples from the series.

With their intricate, layered surfaces, Ossorio’s Congregations offer a multitude of interpretations and symbolic meanings, constituting “[the artist’s] effort to bring unity to the multiplicity of his own identity by fusing a vast catalogue of found and altered objects into stunning wholes,”[2] writes art historian, Ossorio scholar, and friend of the artist B. H. Freidman. The psychic friction between Ossorio’s profound spiritual engagement with Catholicism and his homosexuality was a source of tremendous inner turmoil for the artist throughout his life, and this angst is at the core of his artistic expression. While Ossorio’s title for this body of work is obviously replete with religious associations resonant with the artist’s lifelong fascination with Christian cosmology, he also selected the term “Congregation” for its vernacular connotations of a collective metaphysical experience. Embedded in bold, deeply saturated pigments and adhesive mixtures, the objects contained within these works are provocative and diverse, including glass eyes, shells, glass and plastic jewels, shards of mirror, chains, feathers, driftwood, bones, and more.

The development of the Congregations is rooted in two key friendships that Ossorio made approximately a decade before the first mature works in the series were created, namely Jackson Pollock and Jean Dubuffet, with whom he became acquainted in 1949–50. While Ossorio’s early works are fantastically detailed, hauntingly surrealistic compositions that demonstrate his superior draftsmanship, the relationships he developed with New York School painters such as Pollock, Clyfford Still, and Willem de Kooning while living in Greenwich Village in the late 1940s inspired an abstract expressionist turn in his work. Another important development in Ossorio’s life and career occurred in 1951, when Ossorio purchased an East Hampton estate known as The Creeks; the property would be his home and studio for the rest of his life. Apart from purchasing The Creeks in August, the artist spent most of 1951 in Paris with Dubuffet and his wife Lili Carlu; Dubuffet had authored a monograph on Ossorio’s “Victorias Drawings,” a series of paintings on paper he created when visiting the Philippines for several months the year before—the first time he had been in his home country since he was ten years old. Titled Peintures Initiatiques d'Alfonso Ossorio (Paris: La Volante, 1951), the book would be the only monograph Dubuffet produced on another artist. After returning to Long Island, Ossorio agreed to house Dubuffet’s Compagnie de l’Art Brut, a collection of approximately 1200 works by nearly 100 artists that captured what Dubuffet considered be the essence of art brut—that is, art created by people “uncontaminated” by “artistic culture,” whose work is drawn entirely from the “impulses” of the artist and is therefore free of tradition and contemporary trends. The works were installed in the main house at The Creeks in 1952 among the rest of Ossorio’s art collection, which, by that time, included several works by Dubuffet and Pollock.

In 1958, Ossorio began embedding objects into his paintings, which had become progressively more sculptural in terms of their impasto and surface textures; this ultimately led to the creation of the earliest Congregations in 1959. His search for new materials soon broadened to include an array of sources as diverse as the materials themselves: dental clinics, flea markets, wholesalers shilling inexpensive trinkets such as costume jewelry, taxidermists, and his own kitchen are only a few of the places where Ossorio obtained the multitude of objects used in the Congregations.

The Compagnie de l’Art Brut would remain in the main house at The Creeks for a decade, until 1962, when Dubuffet acquired a building in Paris’ sixth arrondissement that would serve as the collection’s permanent home. Faced with the void left by the works that had filled his home for so many years, Ossorio’s focus on assemblage intensified. The resulting Congregations are fiercely expressive and ornately complex, constituting a culmination of Ossorio’s painterly gesturalism with his accumulative impulse. As Friedman explains, “Pollock’s work—a visual meeting between contemplative identification with the universe and action—was a revelation to Ossorio, leading eventually to his own particular kind of Abstract Expressionism, in which the implications of Pollock’s flow of paint was transformed into Ossorio’s equally controlled flow of objects.”[3]

The Congregations would become more ambitious in scale and increasingly three-dimensional throughout the 1960s; however, their internal complexity would remain consistent, which is to say that all of Ossorio’s Congregations exhibit the acute “horror vacui” of his previous work. Even before his turn to abstract expressionism, the artist had a clear tendency to fill the entirety of his compositions with minutia and fractal-like detail; brimming with all manner of objects arranged in variously interlocking motifs, the Congregations are perhaps the ultimate innovation on abstract expressionism’s “all-over” mandate. In 1980, art historian Judith Wolfe asked the artist to explain the pictorial density of his compositions; Ossorio responded, “[There] is very little inactive, empty space in the world...The world is an intensely interlocked, densely active cell, a super-cell, if you want to call it that. That is what I think is shown as the work develops.”[4] With the Congregations, Ossorio sought to create works that cannot be read as a linear narrative but, rather, present the viewer with a vast array of visual information that not only requires extended study but also holds the possibility for nearly infinite interconnected readings. As art historian and Dubuffet scholar Kent Minturn observes:

“[Ossorio’s] heterogeneous collection of objects and things…becomes a kind of personal periodic chart from which Ossorio takes the elements he combines to create his own the aesthetic universe. His creative act is a structuralist activity par excellence as defined by Roland Barthes—it involves the dissection of the world into individual units or mobile fragments that no longer contain meaning on their own and the re-composition of these units within a paradigmatic format or system of fixed limits. Through this juxtaposition, which exposes the affinities and dissimilarities of the individual units, comes the articulation of new meanings throughout the piece as a whole. These meanings are always contingent and left up to the participating viewer/reader. Like the ancient mantic soothsayer, Ossorio, through his art, ‘speaks the locus of truth, but does not name it.’  This final step he leaves to us.”[5]

Alfonso Ossorio: Congregations includes examples of a subset from the series known as the “Shingle Figures,” as the rectilinear supports to which the elements are adhered are sixteen-by-twelve-inch wooden shingles Ossorio repurposed from roofing materials left over from maintenance done at The Creeks. Created between 1962–63, the Shingle Figures were intended to exist as works unto themselves and as components of larger Congregations. Three more ambitious Congregations, Here and Now (1963), Searcher (1963) and Eagle and Palette (1967), are complemented by a selection of Shingle Figures and more intimately scaled Congregations. Brimming with myriad found materials, these works are often understood as secular reliquaries, revealing the artist’s understanding of his practice as a resuscitative act. Like their parochial counterpart, Ossorio’s Congregations are simultaneously unified and atomized, synthesizing beauty with decay and refinement with crudeness, effectively reanimating lost objects as a vivid artwork—a process the artist understood as a metaphorical transformation of the profane into the sacred and venerable.