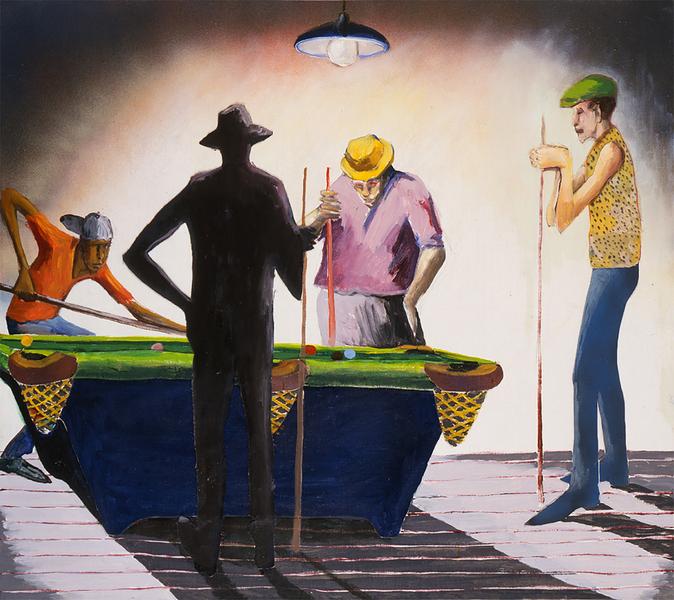 oil and canvas collage on canvas 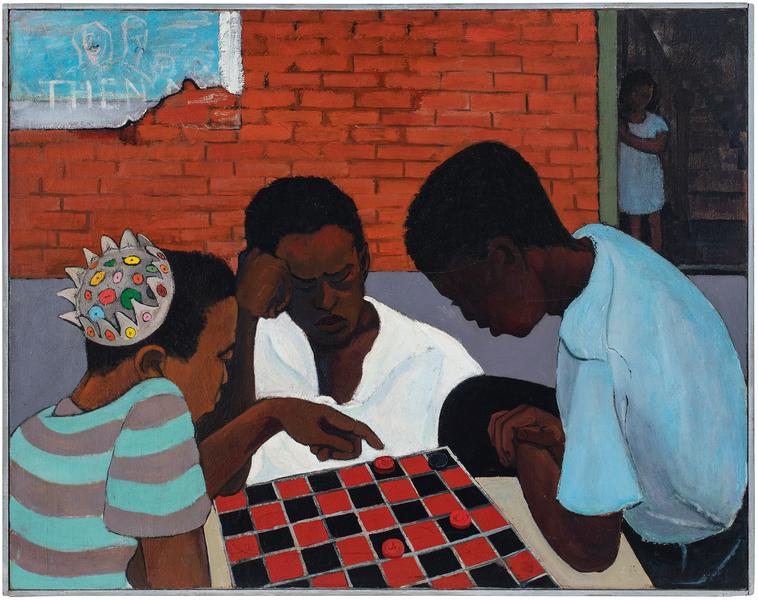 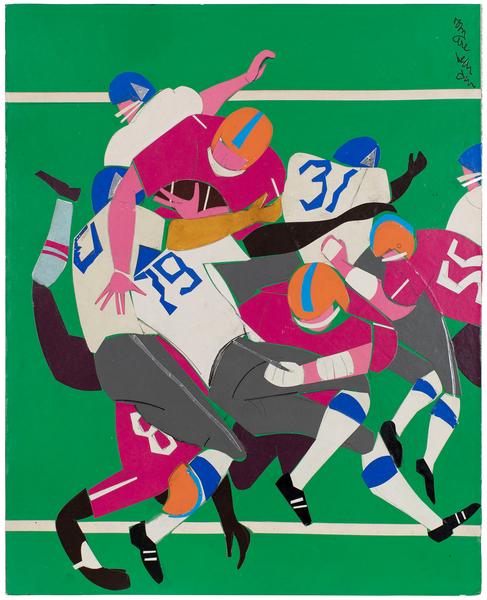 mixed media collage of various papers and graphite on Masonite 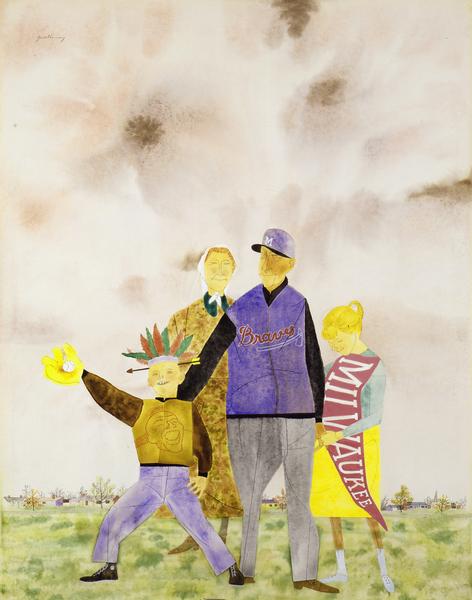 watercolor, gouache, ink and pencil on board 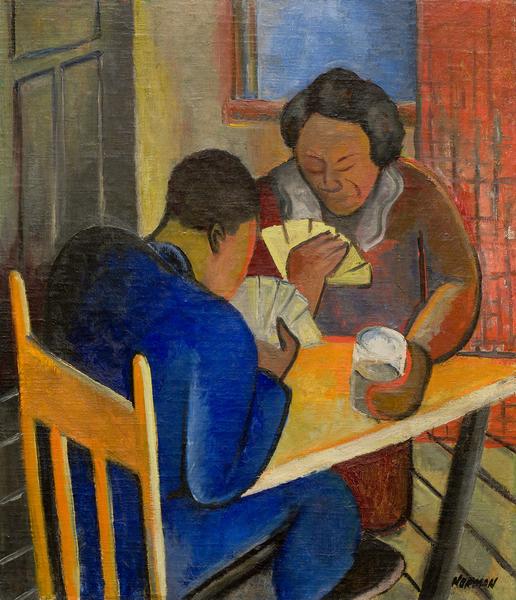 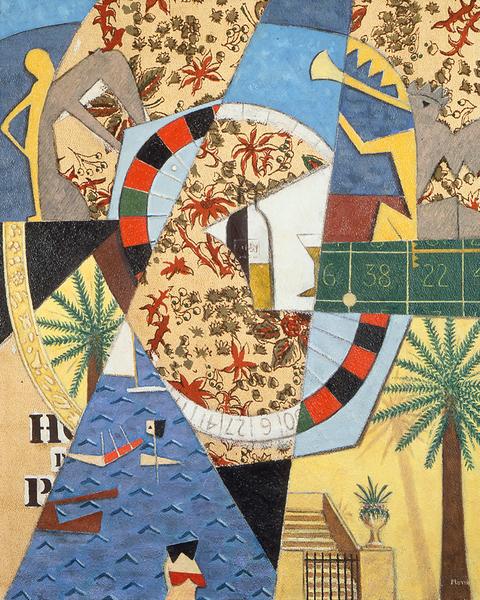 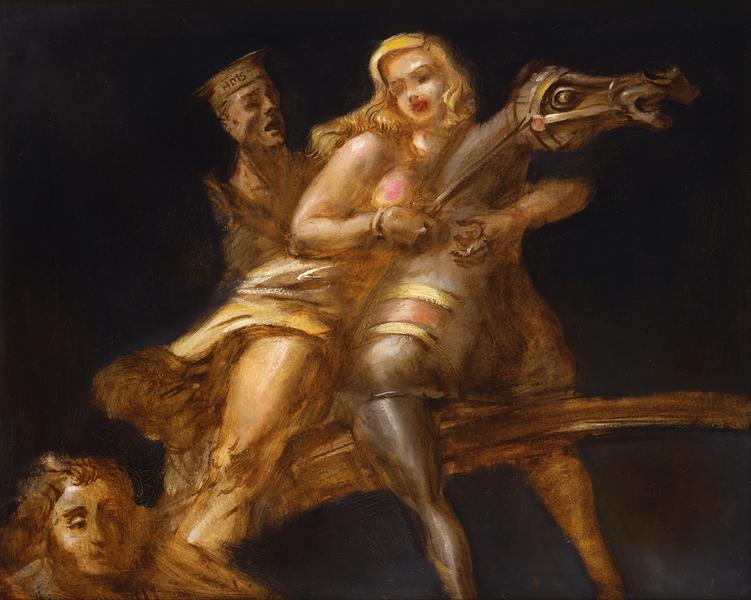 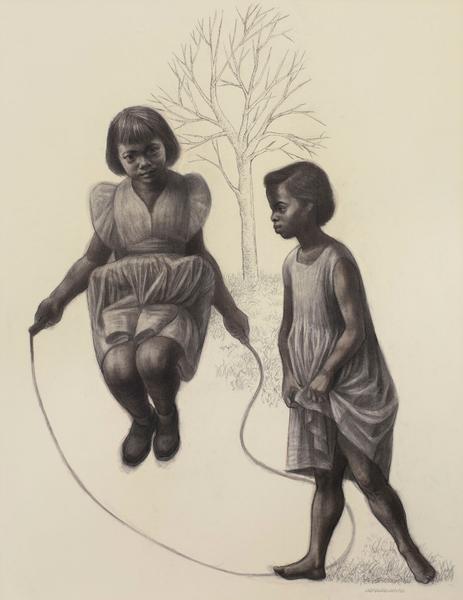 Wolff crayon and charcoal on Hi-Art artist illustration board 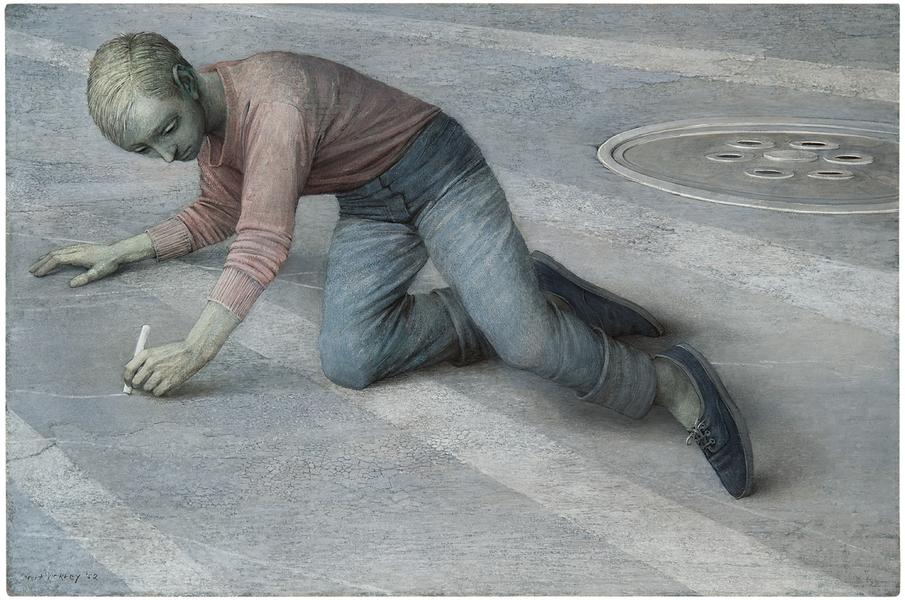 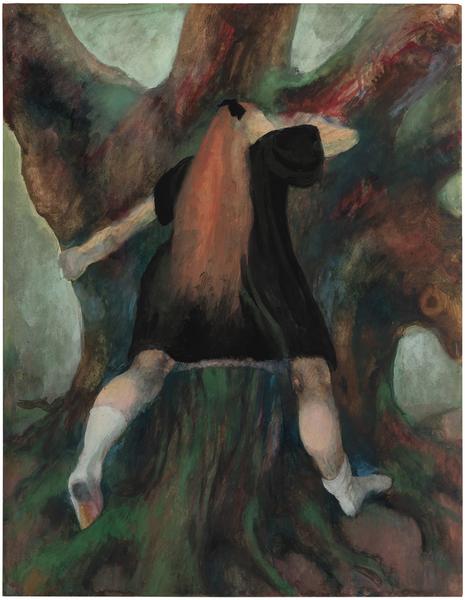 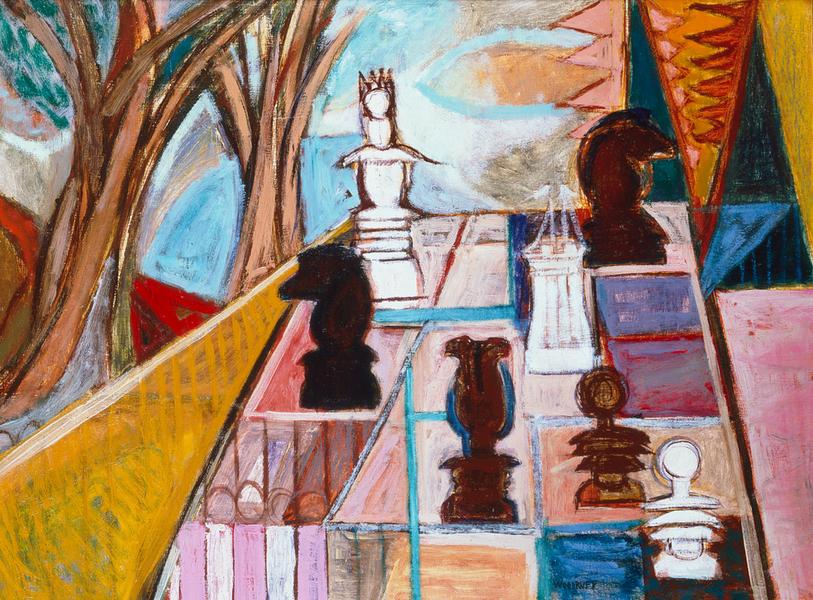 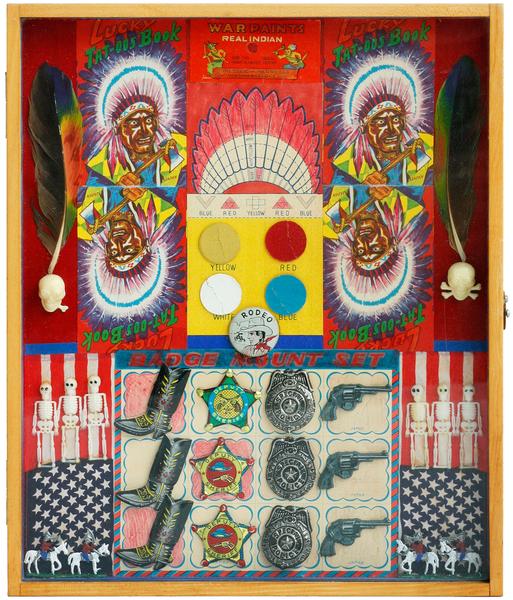 Now that we are spending more time at home, without the distraction of live sports, film, theater, and museums, activities of playtime have become more crucial, and more creative, than ever. We present a selection of works from the 20th century that portray familiar and celebratory moments of Americans at play. Historically, artists have turned to leisure and play as subject matter in an effort to capture the everyday pleasures of American families and communities. This focus on leisure—rather than work—follows an artistic lineage that began with the Impressionists and their representations of cafés, boating, picnics, and ballet dancers. Into the 20th century, American artists continued to depict recreational scenes from parties, promenades, sports, and entertainment, quite literally painting a picture of the American cultural landscape. In response to war, economic turmoil, and other hardships, artists played the critical role of the attentive eyewitness—the illustrator of the everyday. Our selection of works demonstrates the wide array of pastimes and the universal experience of carefree play. In times of fear and containment, portraits of amusement provide relief and escape from the everyday—powerful reminders of the joyful possibilities that await us in the future.

The concept of play was recently the subject of an exhibition at the Peabody Essex Museum in Salem, MA. On view in early 2018, PlayTime surveyed the rapidly evolving role of play in contemporary art and culture. On the occasion of the exhibition, neuroscientist Sergio Pellis contributed an essay discussing the biological factors that make playfulness an innate trait and useful practice:

“Humans have these two attributes—a very large prefrontal cortex and an exceptionally complex social system. As such, it may not be surprising that humans are highly playful and play in more diverse ways than any other species.

We have taken the heritage we have in common with bonobos and developed it to unanticipated dimensions. Art may be the quintessential expression of such playfulness. After all, much art repeats well-known themes, but artists can insert unexpected twists and turns into those themes. This unites the comfort of the familiar with the frisant of the unpredictable, tapping into the roots of what we find pleasurable in play: it is a way in which to explore the unknown while remaining anchored in the known.”


From our house to yours, below is a list of selected resources from institutions—big and small—around the country that are supporting the power of play, providing the tools for creative endeavors at home:

Wishing you fun and solace through the power of play!