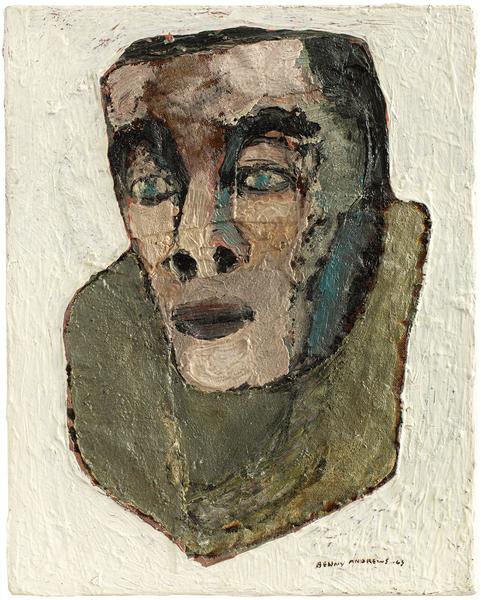 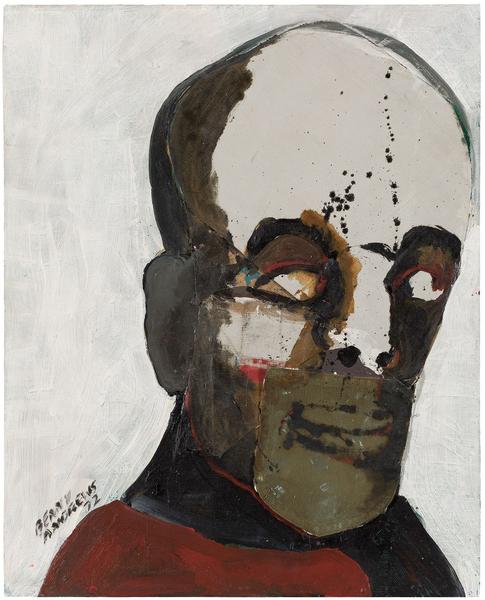 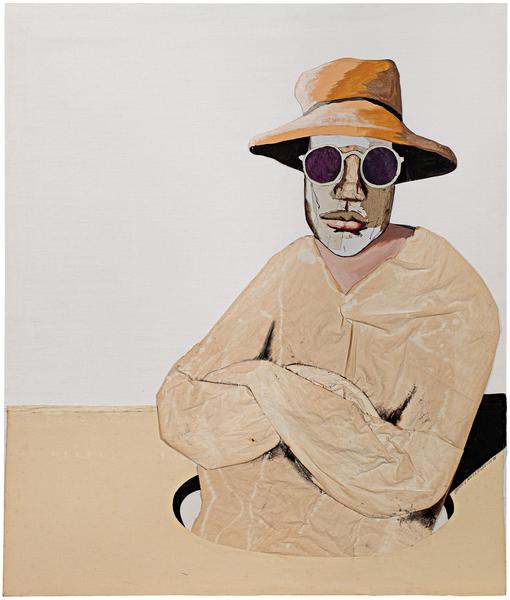 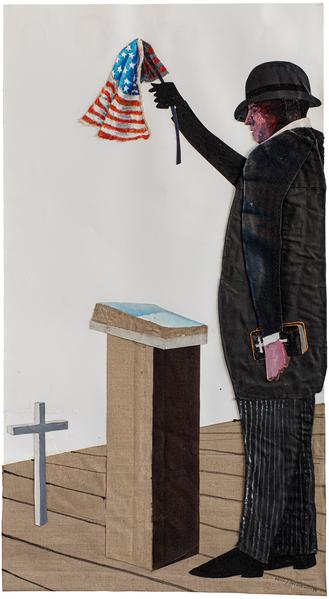 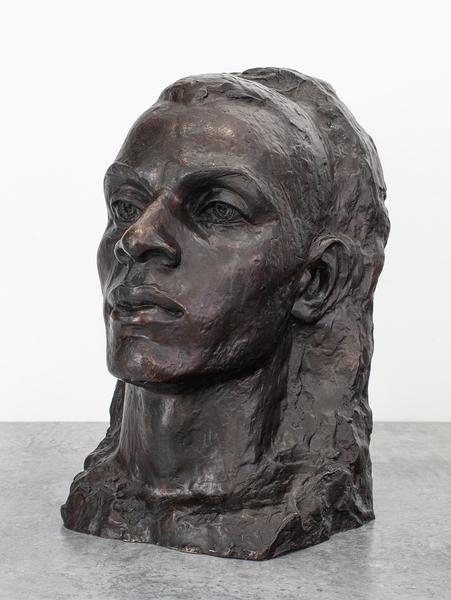 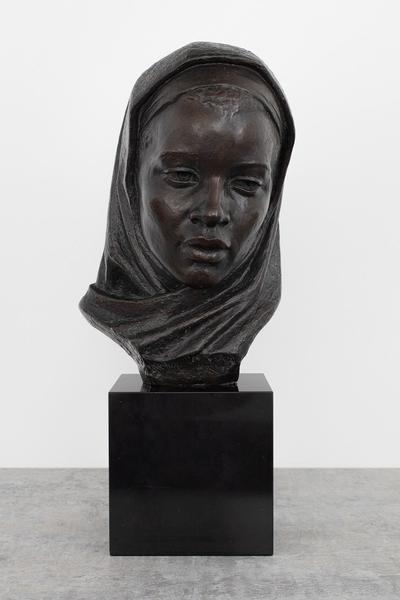 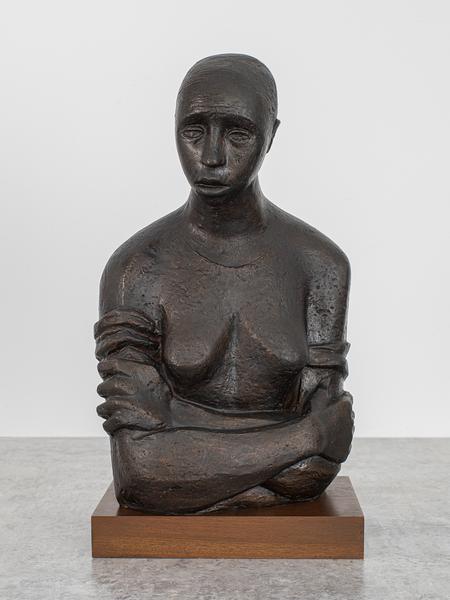 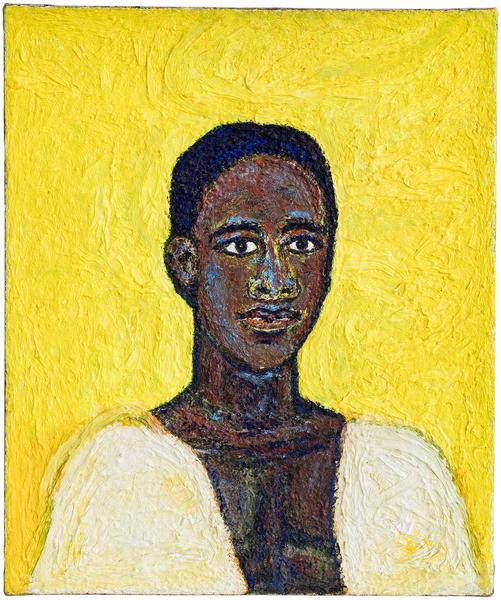 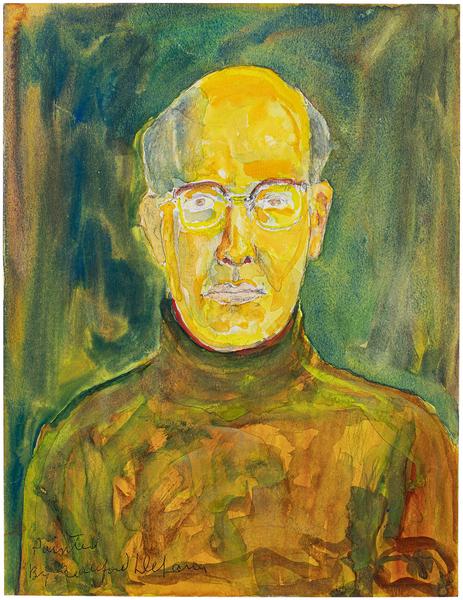 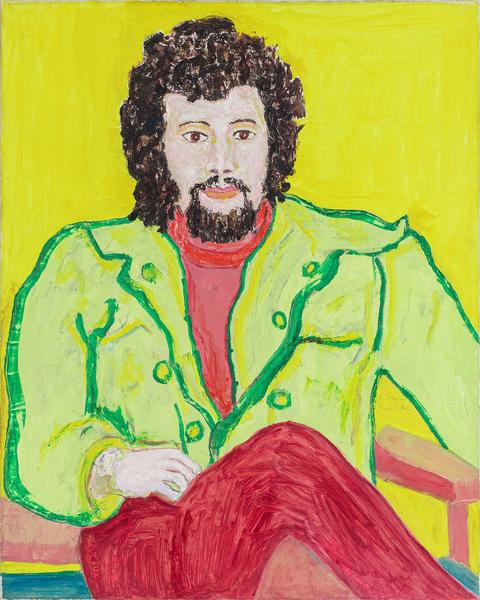 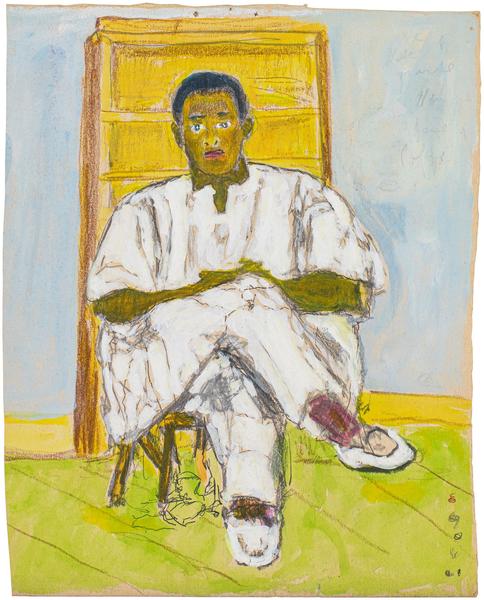 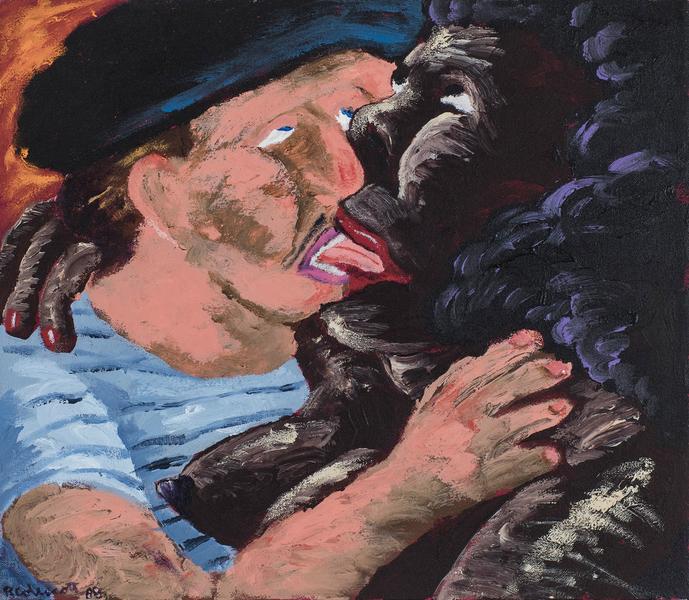 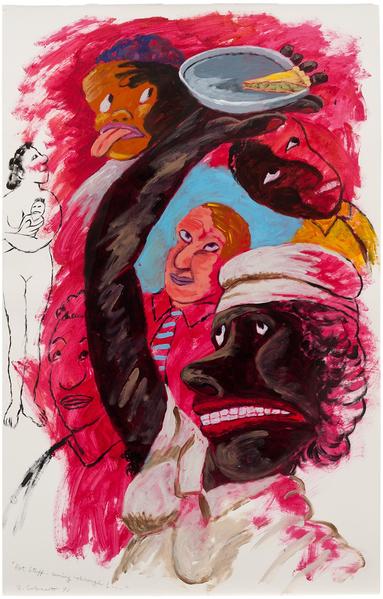 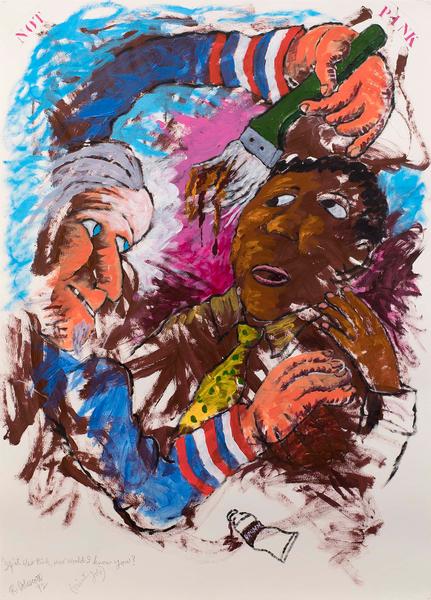 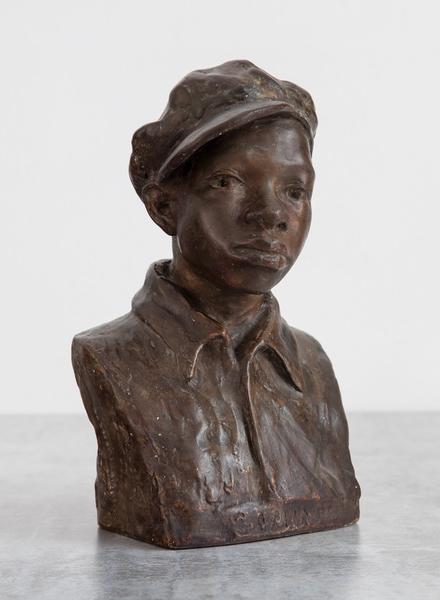 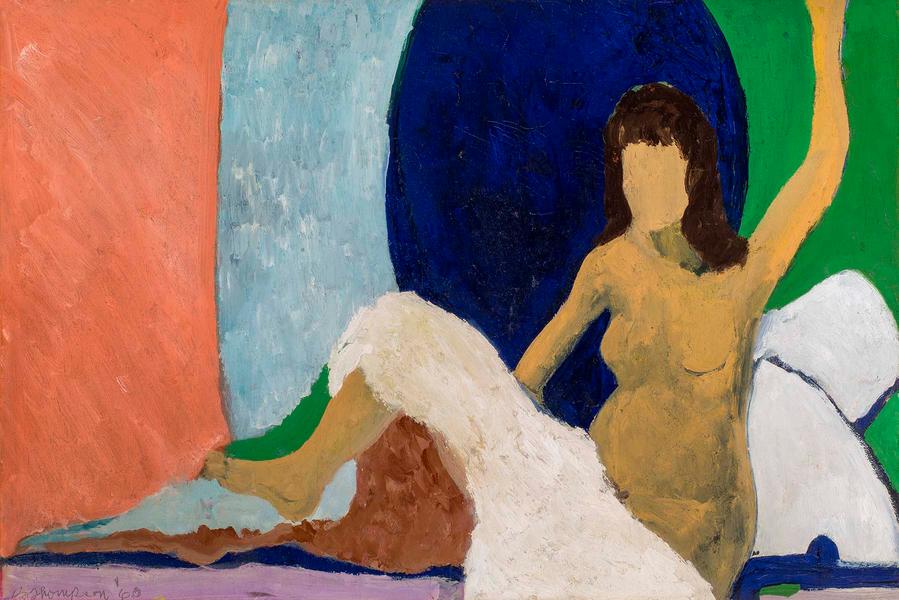 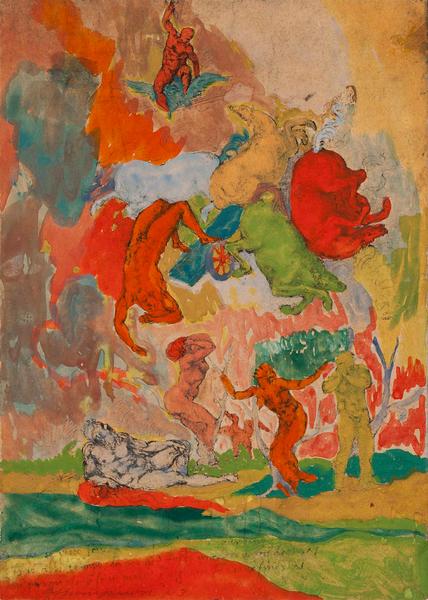 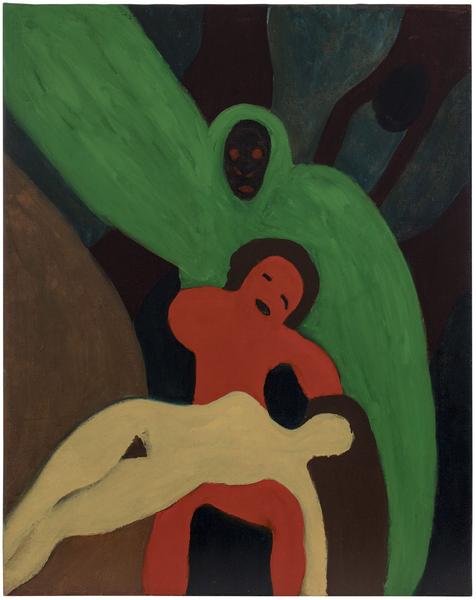 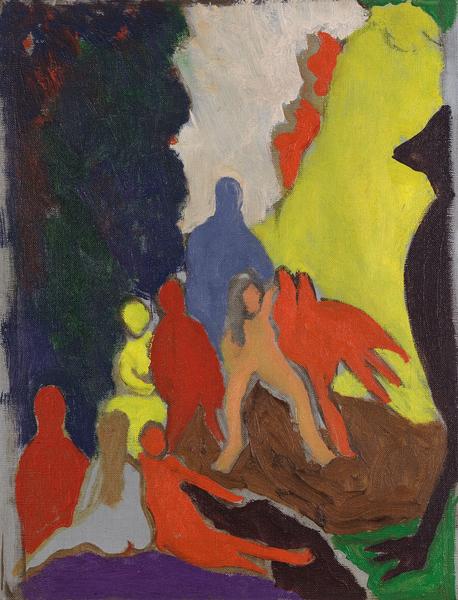 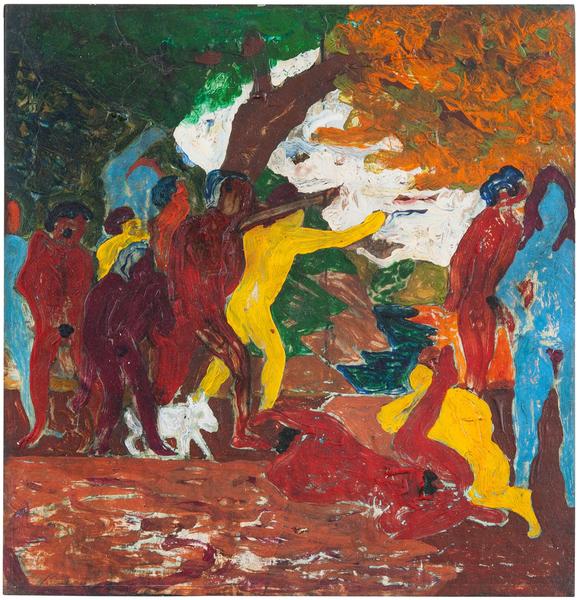 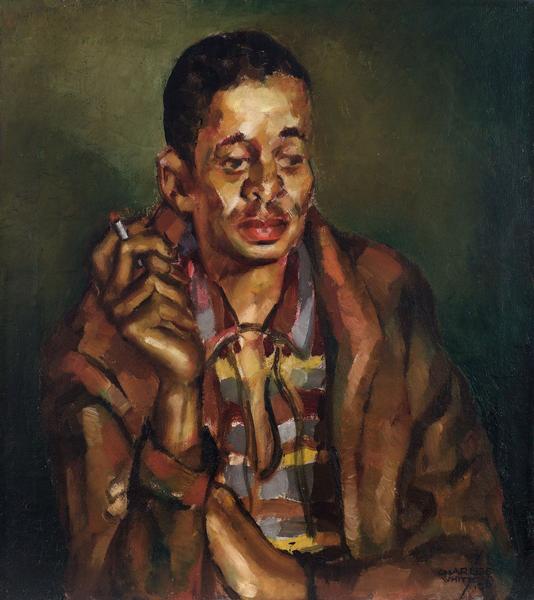 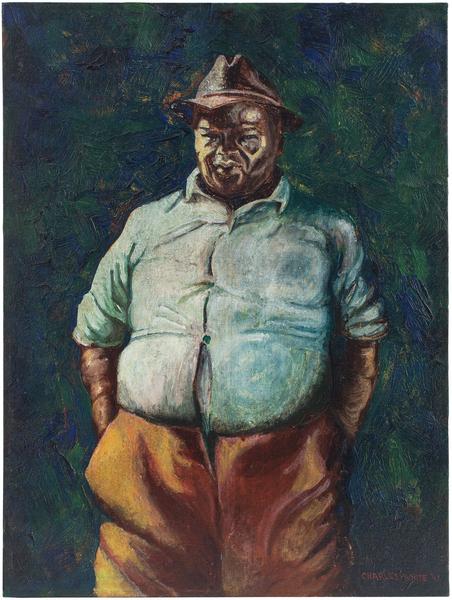 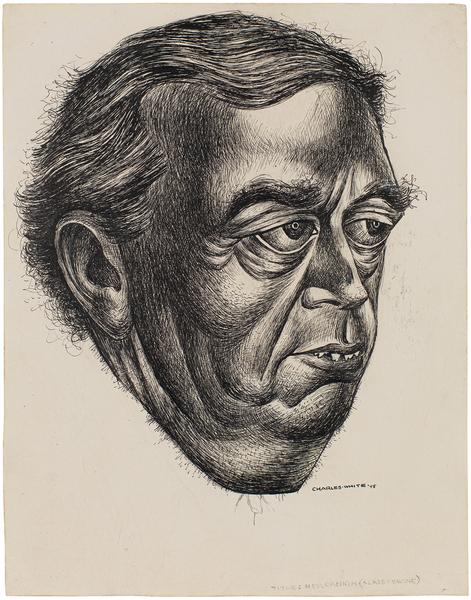 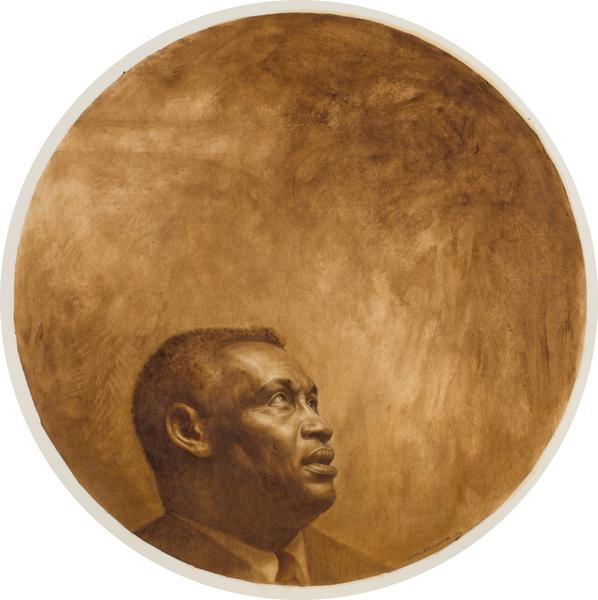 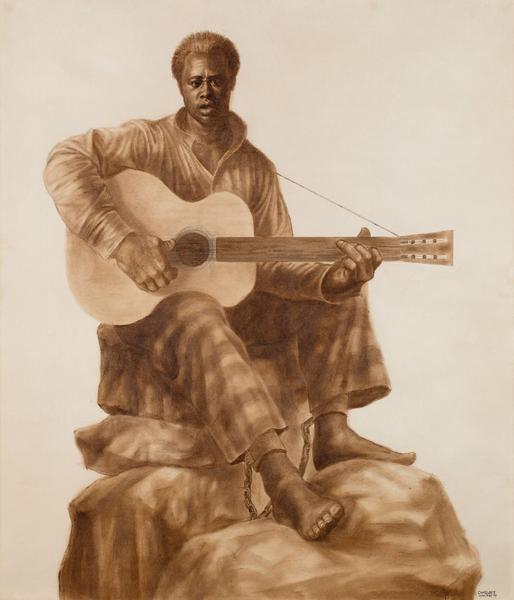 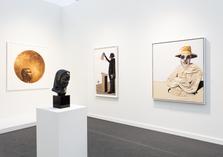 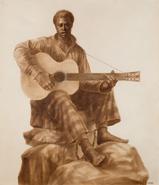 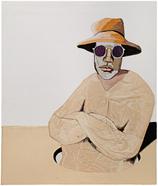 For its inaugural participation at Frieze Los Angeles, Michael Rosenfeld Gallery (Booth D20) is pleased to present an exhibition of historical works by eight artists essential to the canon of 20th-century figurative art: Benny Andrews (1930–2006), Richmond Barthé (1901–1989), Elizabeth Catlett (1915–2012), Robert Colescott (1925–2009), Beauford Delaney (1901–1979), Augusta Savage (1892–1962), Bob Thompson (1937–1966) and Charles White (1918–1979). The exhibition is curated to complement the Black American Portraits exhibition currently on view at the Los Angeles County Museum of Art (LACMA) and builds upon the successes of the 2019 shows Charles White: A Retrospective at LACMA and Soul of a Nation: Art in the Age of Black Power, 1963–1983 at The Broad. Spanning nearly three-quarters of a century, works on view provide deeper insight into the history of American art laid out by Los Angeles’ premiere institutions. At a time when the art world finds itself in the midst of a figurative renaissance among contemporary Black artists, Michael Rosenfeld Gallery is proud to assemble an exhibition celebrating the exceptional vision of the artists who were essential precedents to the current era.

Three of the artists in the presentation have direct ties to California. Charles White resided in Los Angeles from 1956 until his death in 1979, creating several of his most renowned works in his Altadena studio while teaching at the Otis Art Institute (now Otis College of Art and Design). Notably, White mentored David Hammons and Kerry James Marshall when they were students at Otis. In his socially conscious art, White sought to portray African Americans in a manner that foregrounded his subjects’ dignity and humanity. A standout work in our Frieze exhibition is White’s Leadbelly (1975), a monumental portrait of the legendary folk and blues musician Huddie William “Leadbelly” Ledbetter. The work is the result of a commission White received to illustrate the album cover for the soundtrack to Gordon Parks’ feature film Leadbelly (Paramount Studios, 1976). Oakland native Robert Colescott addresses the contradictions inherent to Black American life through his satirical compositions, which simultaneously skewer and lay claim to the national collective memory from which people of color are often excluded. In such paintings as The French in Louisiana (1988), Colescott lampoons the social conventions surrounding identity and desire, revealing the larger power structures that establish and enforce them. Harlem Renaissance sculptor Richmond Barthé spent the majority of his career in New York and Jamaica but relocated to the mild climes of Pasadena in 1977. There he met actor James Garner, who became a dear friend and important benefactor. It was around this time that another highlight of our presentation, a 1970s cast of Barthé’s celebrated sculpture The Negro Looks Ahead was created (the original clay sculpture dates to 1942). Celebrating the beauty, strength, and fortitude of Black men, the work testifies to Barthé’s masterful technical ability as well as his exceptional capacity for imbuing his subjects with a sense of grace and vitality.

Another eminent Harlem Renaissance sculptor, Augusta Savage, will also be featured in Booth D20. Gamin (c.1930) is one of Savage’s best-known works and is emblematic of the artist’s superior talent for capturing her sitters’ distinguishing features while conveying a clear impression of their interior life. Here the artist frames her subject—her nephew, Ellis Ford—in a format traditionally reserved for royalty or persons of influence; yet, where classical busts portray their subjects in a detached, idealized manner, Savage includes the boy’s informal dress and engaging expression, accentuating his individuality and vulnerability. Rounding out the presentation’s sculpture selection is Pensive (1946, cast 1967) by Elizabeth Catlett.  Known for her commitment to social justice in both her art and her life, Catlett built her career on the faithful representation of working-class Black women’s struggles and joys. Pensive is one of her earliest works and features all the hallmarks of her mature style, including a finely detailed texture, simplified features, and a balanced juxtaposition of curves and angles—all of which coalesce into a highly emotive portrayal of a contemplative, melancholic woman.

Additional highlights in the exhibition’s painting selection include Bob Thompson’s Untitled (Oh Lawd!) (1962), a compelling work demonstrative of the artist’s unique compositional approach, wherein select elements of historic European masterpieces are reimagined in his own expressionistic, fauvist-inflected style. Here Thompson borrows from one of Francisco Goya’s Los Caprichos etchings (1797–1799), rendering Goya’s composition in simplified forms and a high-keyed palette while inserting his own personal symbolism. Thompson was deeply inspired by jazz, and art historians have often compared his revision of Old Master paintings to jazz’s emphasis on riffing and reiteration. A similarly imposing work, Malice (1978) by Benny Andrews—one of Thompson’s peers on the Lower Manhattan scene—is also included in the exhibition. Emotionally detached and impenetrably cryptic, Andrews’ anonymous sitter exemplifies the artist’s career-long engagement with archetypal figures and embodied themes. His highly symbolic compositions are executed with paint, fabric and various found materials, and often convey an intense psychological state. In contrast to the foreboding tone of Thompson and Andrews’ works, Beauford Delaney’s Untitled (Portrait of a Young Man) (c.1963) constitutes a reverent celebration of the human spirit. Notable for its profusion of yellow, the work demonstrates Delaney’s unparalleled mastery of color, capturing the essence of its sitter through the artist’s distinctive blend of abstraction and figuration. For Delaney, the color yellow held connotations of sanctity, and he applied it generously to subjects he wanted to portray as sources of a radiant, spiritual light.

Organized to provide art historical context to LACMA’s presentation of The Obama Portraits by Kehinde Wiley and Amy Sherald (currently on view at the High Museum of Art in Atlanta), Black American Portraits features over 140 works drawn primarily from the museum’s collection. The museum’s works are augmented by several loans from Michael Rosenfeld Gallery, which has provided paintings by Charles Alston, Benny Andrews, John Biggers, Beauford Delaney, Eldzier Cortor and Archibald Motley to expand the parameters of this important chronicle of Black American portraiture. The exhibition comes nearly half a century after David Driskell’s groundbreaking 1976 exhibition at LACMA, Two Centuries of Black American Art 1750–1950. Coinciding with the nation’s bicentennial, the show provided a revelatory understanding of Black artists’ contributions to American culture. In 2008, Michael Rosenfeld Gallery staged African American Art: 200 Years, a historical survey in the legacy of Driskell’s exhibition; accompanied by a catalogue publishing new scholarship by Lowery Stokes Sims, the show featured 38 artists ranging from 19th-century masters Henry Ossawa Tanner and Charles Ethan Porter to midcentury figures such as Hughie Lee-Smith and Alma Thomas, as well as current stars of the contemporary scene Betye Saar and Sam Gilliam.