Skip to content
Back to top Back to Exhibitions«
Truth & Beauty: Charles White and His Circle 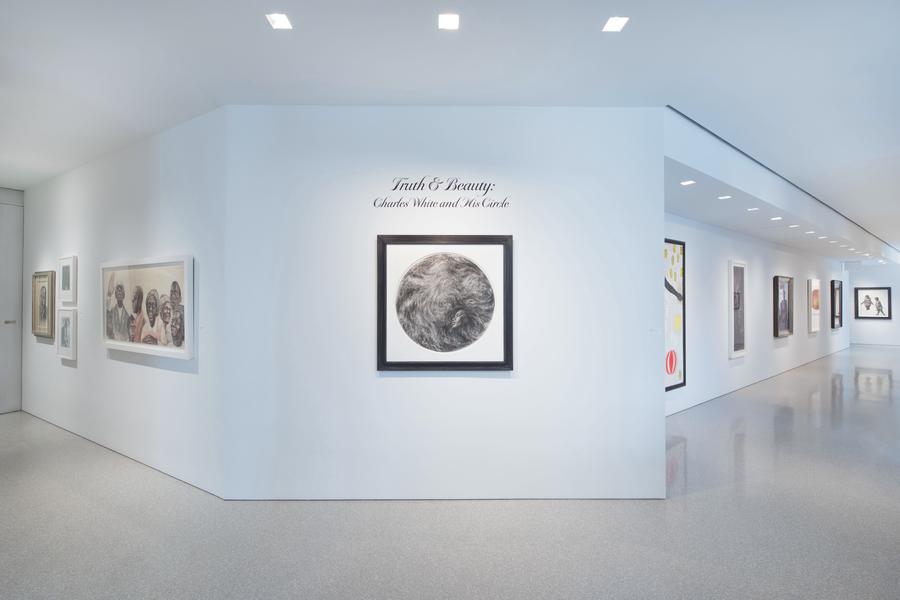 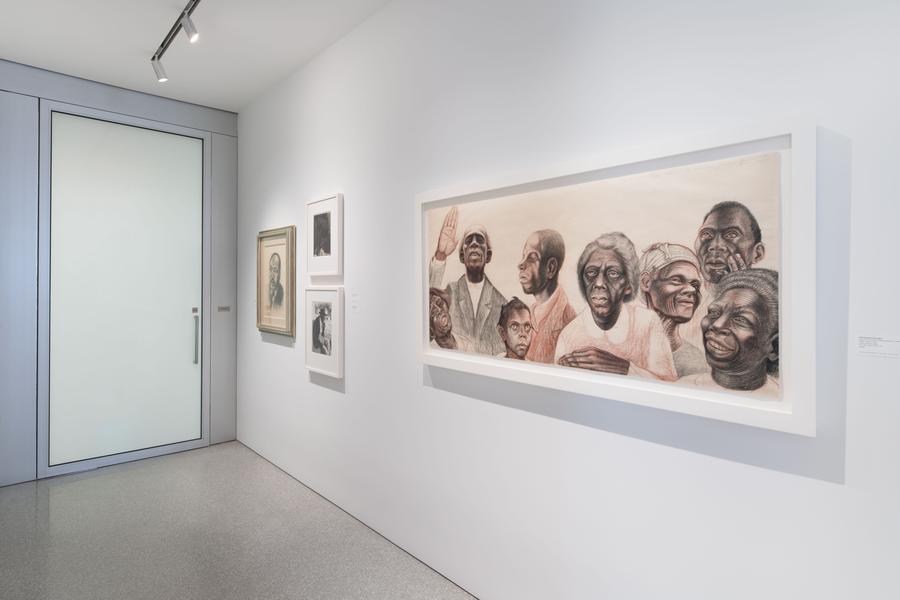 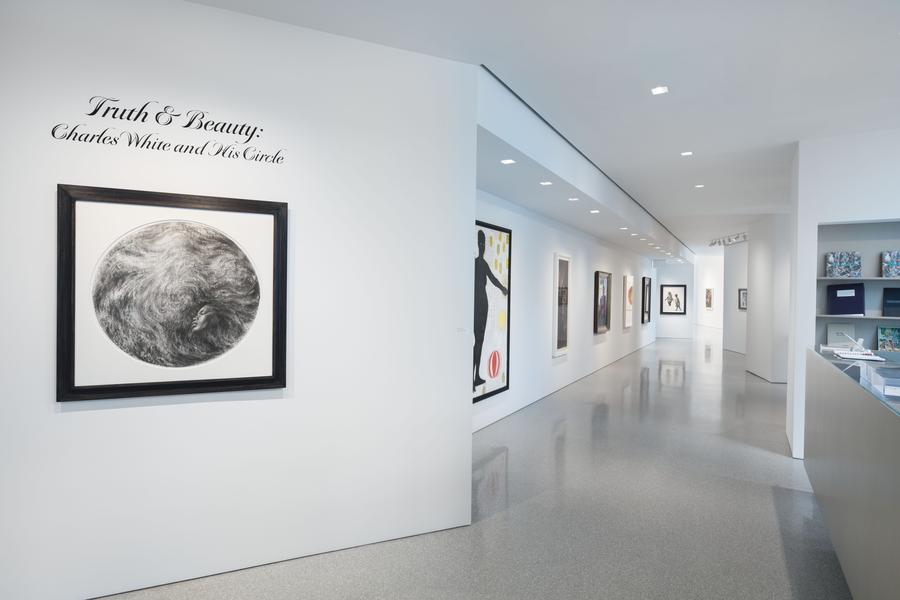 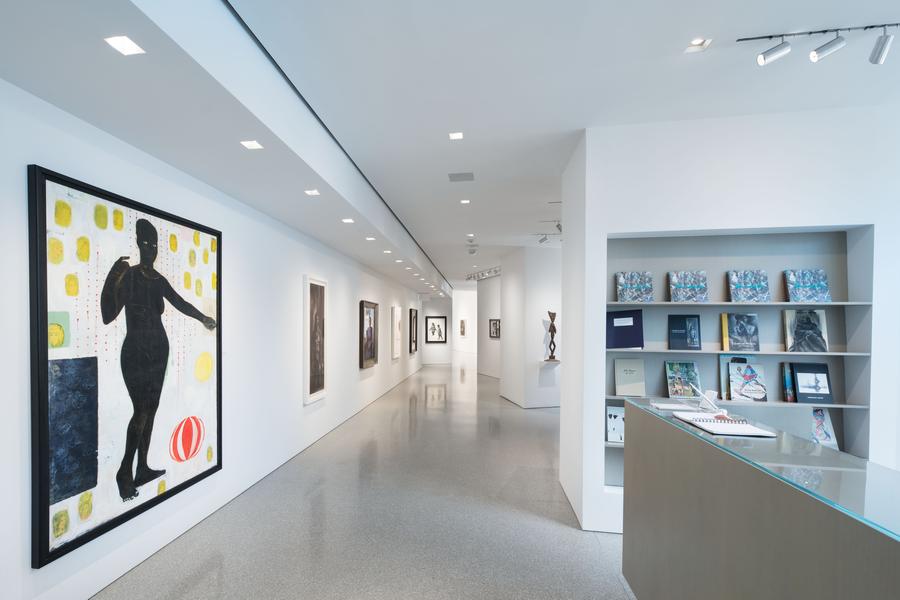 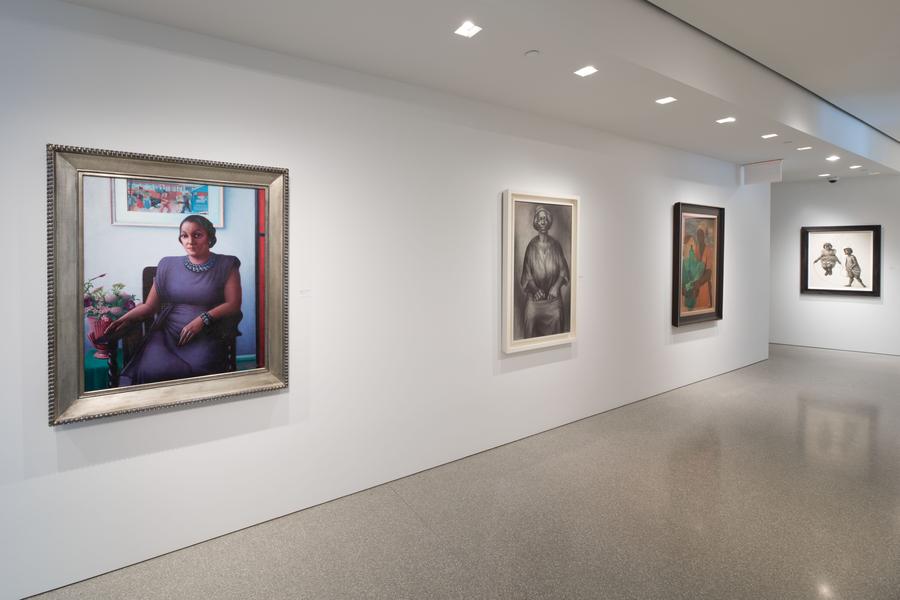 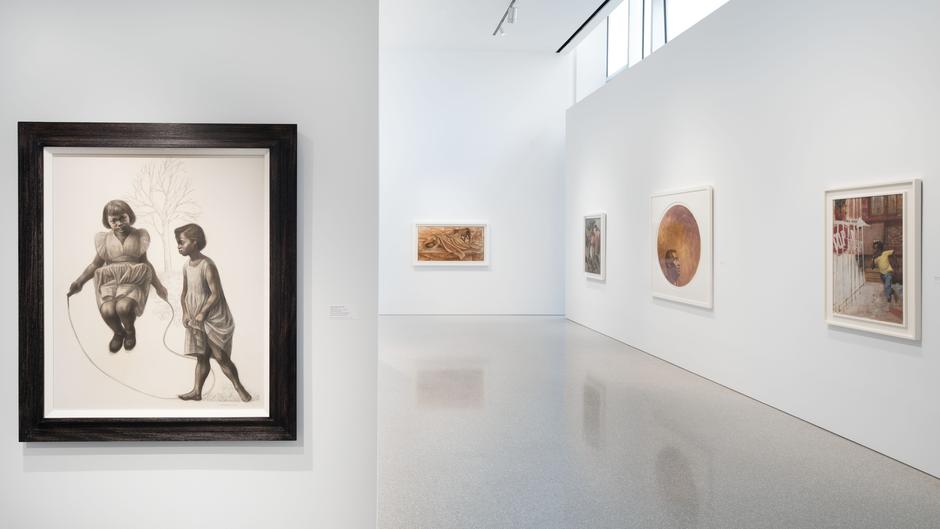 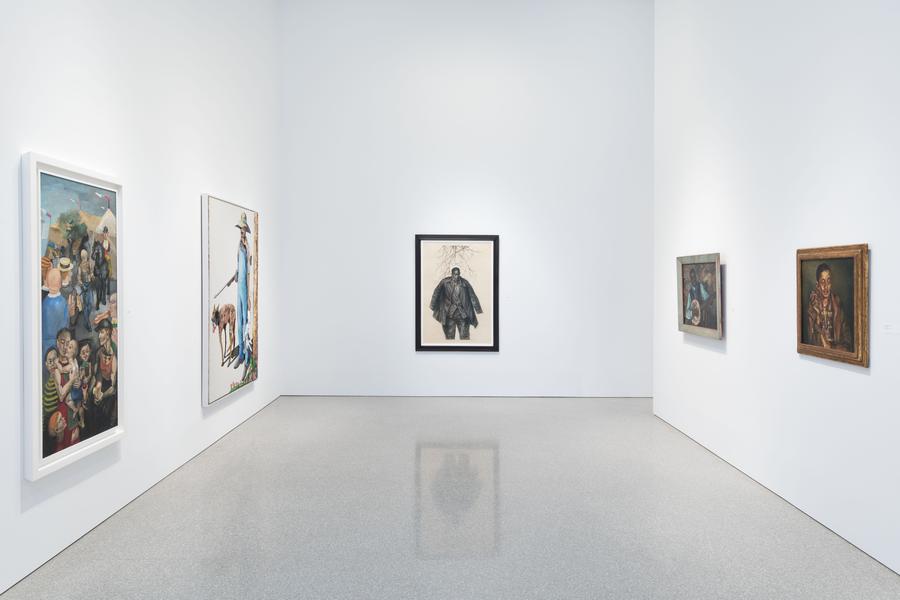 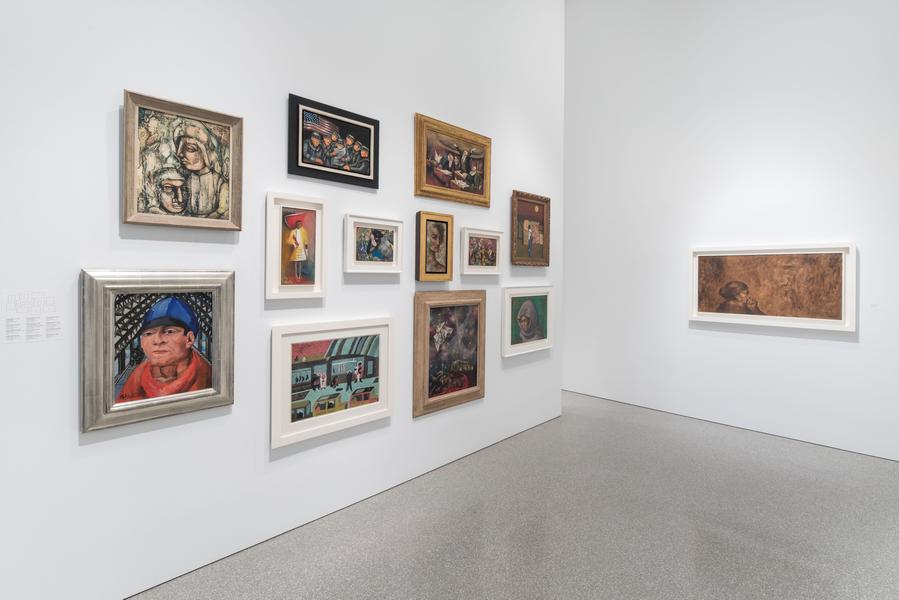 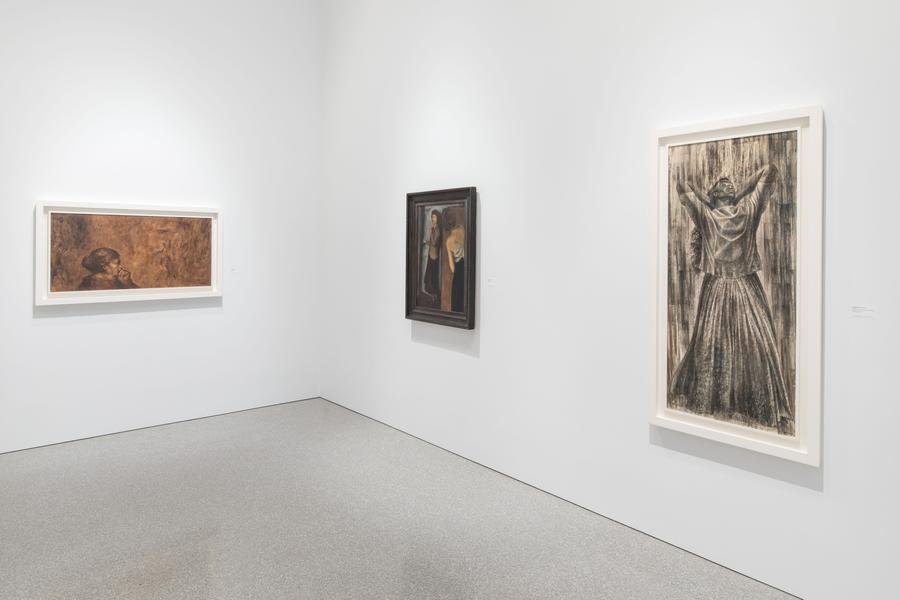 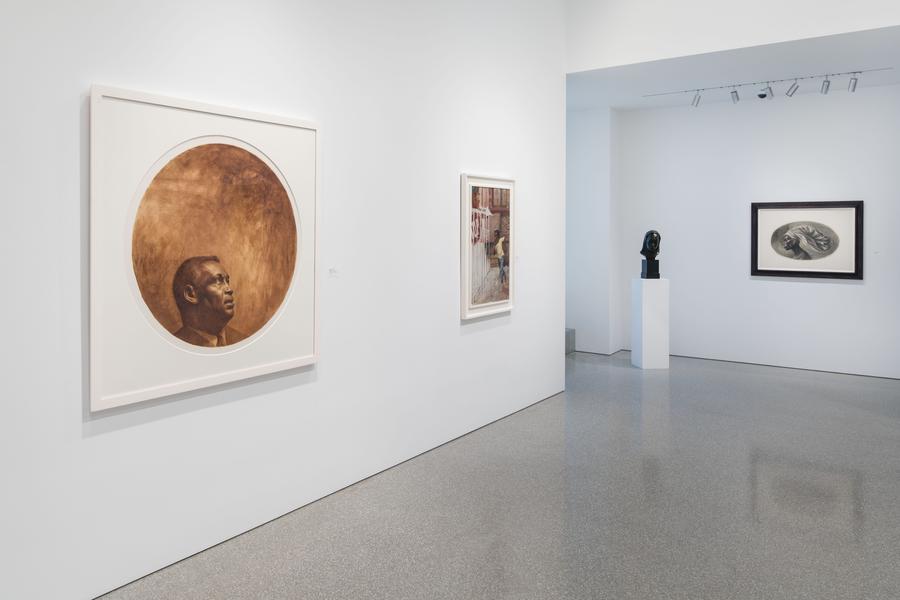 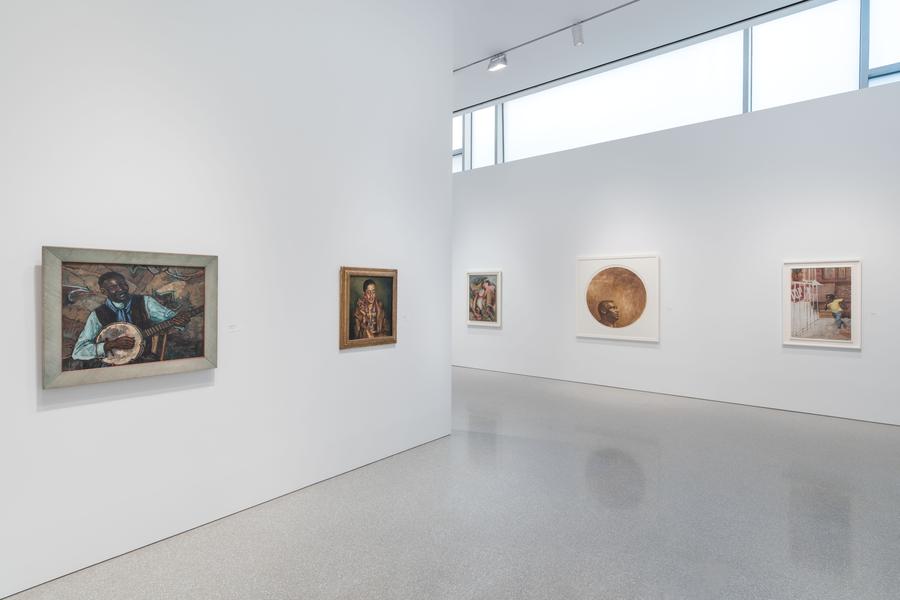 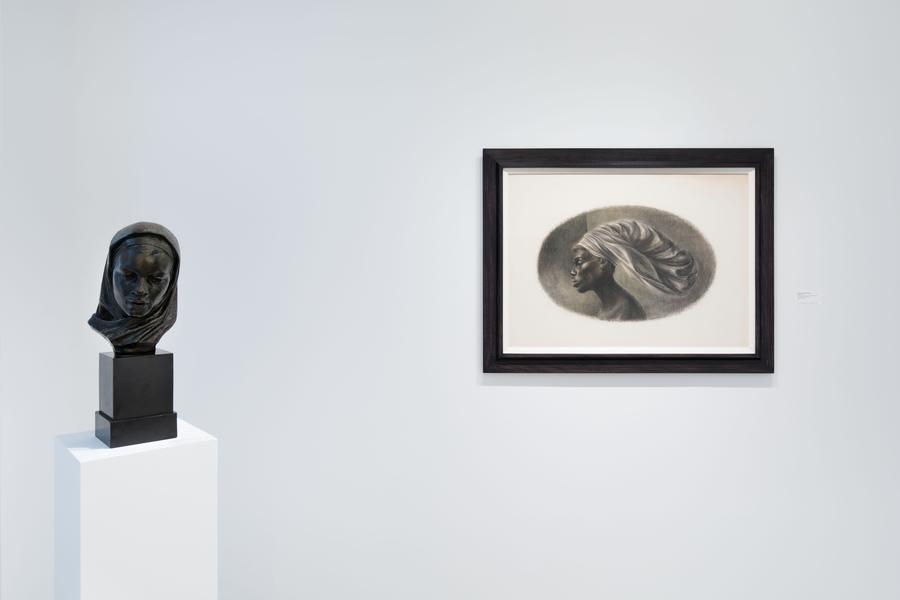 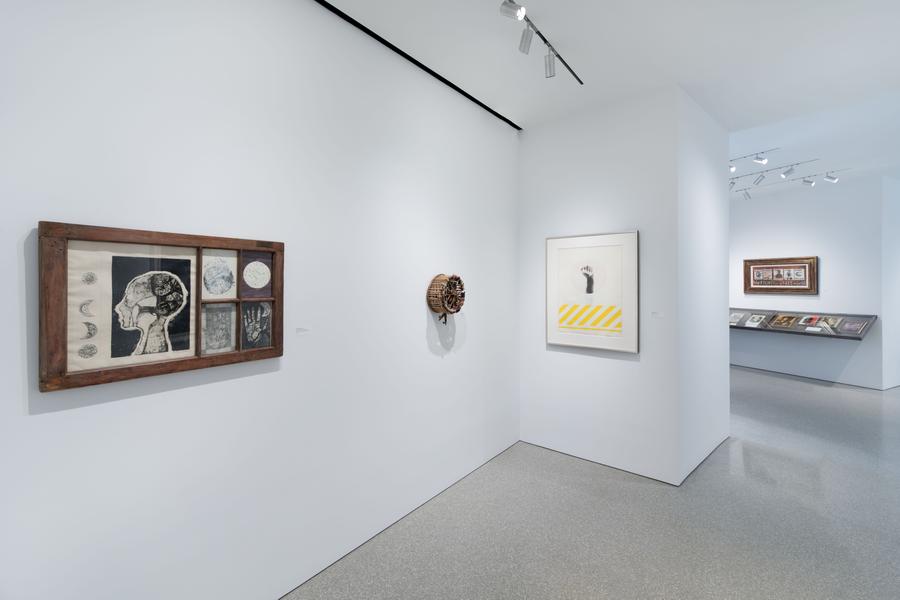 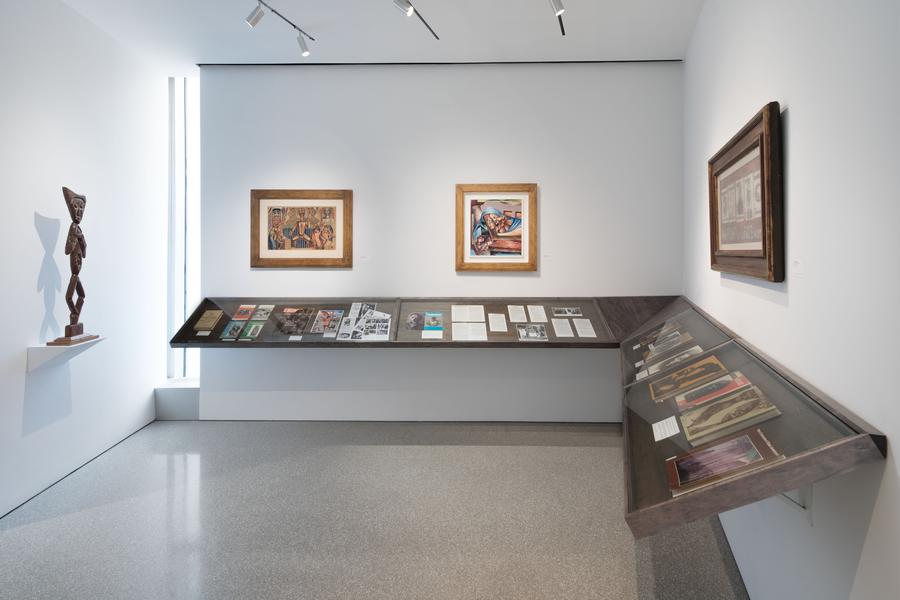 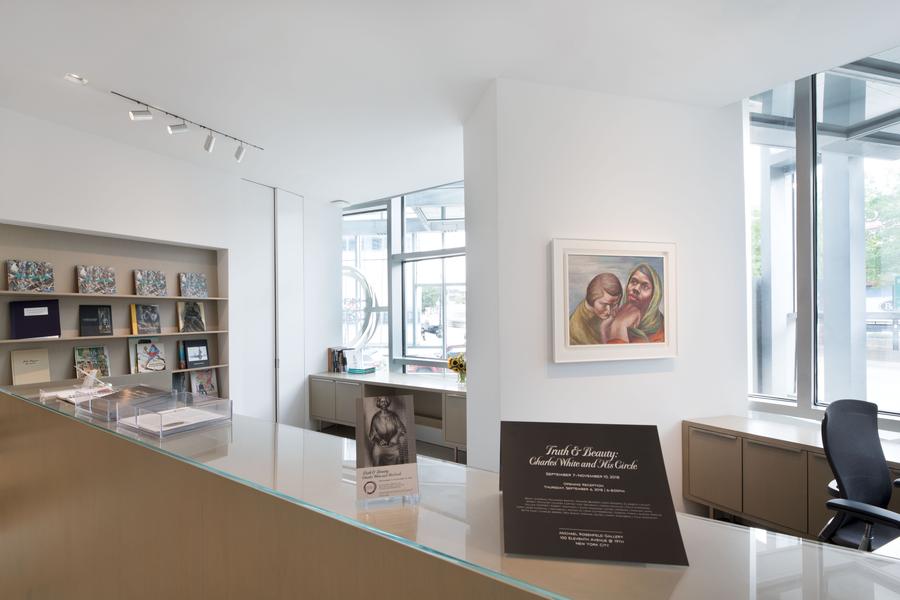 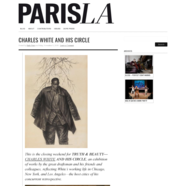 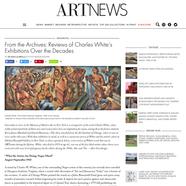 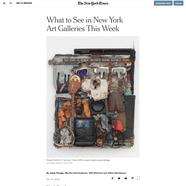 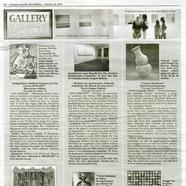 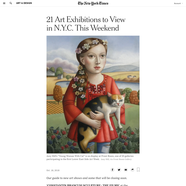 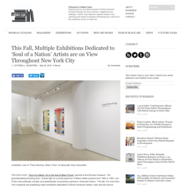 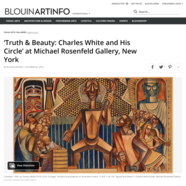 “To open man’s eyes to the world, to enable him to see beauty, to better understand reality, and to have a closer affinity with truth... beauty, reality and truth are the philosophical basis for my work.”  —Ebony, July 1967

(NEW YORK, September 5, 2018) Michael Rosenfeld Gallery is pleased to present Truth & Beauty: Charles White and His Circle, featuring the work of Charles White (American, 1918–1979) along with a selection of works from his artistic circle of friendships that include John Biggers, Eldzier Cortor, Roy DeCarava, Philip Evergood, Robert Gwathmey, David Hammons, Jacob Lawrence, Norman Lewis, Betye Saar, Ben Shahn, and Hale Woodruff. The exhibition will be on view from Friday, September 7 through Saturday, November 10, 2018 with the opening reception Thursday evening, September 6, 6-8pm. The exhibition includes four early Charles White paintings and thirteen drawings; works range in date from 1935 to 1973, spanning his productive career. Exhibition highlights include a 1973 portrait of Paul Robeson created for the bass baritone and stage/film actor’s 75th birthday event at Carnegie Hall and a 1954 Wolff crayon and charcoal masterpiece titled I Been Rebuked & I Been Scorned named after a well-known and provocative Negro spiritual.

Truth & Beauty: Charles White and Friends reflects on the five decade career of Charles White and traces the trajectory of his most influential relationships forged in and around Chicago, New York and Los Angeles. Mirroring the defining work created during these phases of his life, the friendships that White cultivated in each of these cities is a testament to his lasting significance and legacy as an artist, activist and educator. The exhibition represents the artist’s formative years in Chicago’s South Side, where he attended the School of the Art Institute of Chicago and was deeply involved in organizations like the Art Crafts Guild and The South Side Community Art Center. It also evidences the impact White had on artist communities and institutions in New York, Mexico, and Southern California, including the Art Students League, 306 Studio, the Harlem Artist’s Guild, and the Spiral Group. Other artists featured in the exhibition include Benny Andrews, Richmond Barthé, Romare Bearden, Elizabeth Catlett, Ernest Crichlow, Aaron Douglas, William Gropper, Kerry James Marshall, Archibald J. Motley Jr., John Outterbridge, Gordon Parks, Marion Perkins, Charles Sebree, Raphael Soyer, and Harry Sternberg.

Truth & Beauty: Charles White and His Circle will be accompanied by a fully-illustrated color catalogue and will be on view simultaneously with the New York presentation of Charles White: A Retrospective, the first major museum survey devoted to the artist in over 30 years. A Retrospective will be on view at The Museum of Modern Art, New York City from October 7, 2018 to January 13, 2019 and then will travel to the Los Angeles County Museum of Art (February 16–September 19, 2019). White’s work will also be included in the traveling group exhibition Soul of a Nation: Art in the Age of Black Power, organized by Tate Modern, London, on display at The Brooklyn Museum (September 14, 2018–February 3, 2019). Michael Rosenfeld Gallery is a proud lender to both of these exhibitions.

Charles W. White was born in Chicago, Illinois in 1918. Early childhood experiences at the public library and the Art Institute of Chicago instilled in him a love of art and reading that his mother encouraged. In 1931 while in seventh grade, he was one of 500 Chicago public school students to receive a scholarship from the James Raymond Nelson Fund to attend Saturday art classes at the Art Institute of Chicago; he, along with painter Eldzier Cortor and writer Margaret Burroughs, continued to take classes until his junior year of high school, receiving instruction and attending lectures by artists like Ivan Albright. He participated and exhibited with the Art Crafts Guild; members of the Guild like Charles Sebree, Richard Wright and Gwendolyn Brooks were vital to the Black Chicago Renaissance – a cultural movement that encouraged activism and support for African American art and literature in the 1930s and 1940s. Although White was spared the Jim Crow laws of the south (his mother’s family was from Ridgeland, Mississippi, where he visited twice annually), he grew up in a divided city that exposed him to racism. At age fourteen, White read Alain Locke’s The New Negro, which sparked a sense of pride and a passion for black American history, but caused problems for him at school among teachers who labeled him a troublemaker for questioning their Eurocentric curriculum. After completing high school, White joined the Works Progress Administration (WPA) in 1938, first as an easel painter and then in the mural division. From 1939 to 1940, he worked on Five Great American Negroes, a five-by-twelve-foot canvas depicting Sojourner Truth, Booker T. Washington, Frederick Douglass, Marian Anderson, and George Washington Carver. During these years, he was also commissioned by the Associated Negro Press (ANP) to create The History of the Negro Press for the American Negro Exposition, and three of his artworks were included in the Library of Congress exhibition The Art of the American Negro. While working for the WPA, White met and befriended photographer Gordon Parks, and the two would often walk together through Chicago’s South Side, photographing and sketching the community.

In 1941, White met and married Elizabeth Catlett and moved to New Orleans, accepting a teaching position at Dillard University, where Catlett was chair of the art department. A Julius Rosenwald Fellowship in 1942 enabled White to move to New York and study at the Art Students League with Harry Sternberg and then later to travel throughout the south, conducting research for his next mural The Contribution of the Negro to Democracy in America at Hampton Institute, Hampton, VA. With the funds from an additional Rosenwald Fellowship the following year, White spent a year creating the mural; at Hampton, White met and befriended art professor Viktor Lowenfeld and his then student, John Biggers. Returning to New York in 1944 to teach at George Washington Carver School, he was drafted into the U.S. Army, serving as corporal in the all-black 132nd Engineering Regiment for eight months with an honorable discharge for pulmonary tuberculosis. In 1946, with Catlett, he traveled to Mexico to work at the Escuela Nacional de Pintura y Escultura and the famed graphic arts collective Taller de Gráfica Popular. The following year, White and Catlett returned to the Northeast, divorced, and ACA Gallery in New York mounted his first solo exhibition. In 1948, White underwent several operations at Saint Anthony’s Hospital in Queens to treat his tuberculosis for over a year; in 1950, he married Frances Barrett, a social worker he met while a summer camp counselor with Rockwell Kent at Wo-Chi-Ca.

With the rise of McCarthyism after World War II, the FBI had begun a surveillance file on White. Although he never joined the Communist party, White's political inclinations and his friendships with leftist artists and/or intellectuals eventually led to his being called to testify at the hearings of the House Un-American Activities Committee (HUAC). Fortunately, for mysterious reasons, White was just as suddenly informed that his testimony was no longer needed. Undaunted, White continued to advance a politics of struggle in his art, celebrating historical figures, such as Sojourner Truth and Harriett Tubman, and depicting ordinary black farmers, preachers, mothers, and other workers with an unwavering strength and a silent, solid grace. Shifting to paper almost exclusively, White now worked predominantly with charcoal or sepia-toned oil. Over the next several years, White received various awards of distinction, including a John Hay Whitney Foundation Opportunity Fellowship and, in 1955, his first monograph Charles White: Ein Künstler Amerikas by Sidney Finkelstein was published. In 1956, White relocated to Pasadena, California, where he remained for the rest of his years. In California, White was geographically removed from the epicenter of the civil rights movement, although he kept in contact with east coast friends and continued to contribute to the struggle for equality through the arts. In 1965, he began teaching at Otis Art Institute, where he remained on faculty, serving as Chair of the Drawing Department, until 1979. In 1972, he distinctively joined Henry Ossawa Tanner and Hughie Lee-Smith as the third African American artist elected a full-member of the National Academy of Design. Throughout the 1970s, White remained committed to his art and to the vibrancy, joy, and pain of African American history and culture. He returned to mural painting a year before his death with Dr. Mary McLeod Bethune—Last Will and Testament. In 1979, after a distinguished career as an artist, activist and educator, White died of congestive heart failure, and a year later, the town of Altadena, CA dedicated Charles White Park in his memory.

Since its inception, Michael Rosenfeld Gallery has championed the work of Charles White. In 2009, the gallery mounted its first solo exhibition presenting Charles White: Let the Light Enter. In addition, White’s work has been exhibited in numerous group context including yearly in African American Art: Twentieth Century Masterwork (1994-2003), Embracing the Muse: African and African American Art (2004) and Building Community: The African American Scene (2006).

Michael Rosenfeld Gallery specializes in 20/21 century American art. Established in 1989 by Michael Rosenfeld, the gallery opened its doors to promote the breadth of American art and those artists—known or unknown—that contributed to the establishment of surrealism, social realism, abstract expressionism, figurative expressionism and geometric abstraction.